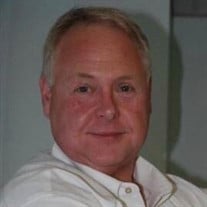 On Sunday, October 18, 2020, Dr. William “Bill” O’Mara, a beloved chiropractor, passed away at the age of 64. Bill was born on January 29, 1956, to Roy and Henrietta O’Mara. He grew up in Arthur, Nebraska. Bill received his Doctor of Chiropractic degree from Texas Chiropractic College in 1984. He began his career in Baton Rouge, Louisiana before coming to East Texas in 1987, where he practiced for 36 years in Kilgore and Henderson. Bill had a passion for history, dancing, and people watching. He also was an avid music lover and art enthusiast. He was known for his quick wit, talent in the kitchen, and his one of a kind charm. Bill was preceded in death by his father, Roy O’Mara; step-father, Ken Blue; paternal grandparents, John and Ruth O’Mara; maternal grandparents, Ira and Florence Huffman; cousin, Wayne Melvin; and close friend, Rodger Boswell. He is survived by his mother, Henrietta O’Mara Blue of Nebraska; his sister, Connie DeGanahl (Chris) of Nebraska; brothers, Pat O’Mara (Pam) of Arizona and Randy O’Mara of Nebraska; niece, Megan Messersmith (Tyler) of Nebraska; nephew, Rory DeGanahl (Kelsey) of Nebraska; and six great nieces and nephews. He is also survived by his honorary family, Julie Boswell of Kilgore; her daughters, Ashley Jordan (Taylor) of Overton, Leslie Norsworthy (Ronnie) of Daingerfield, Allison Russell (Zach) of College Station; his honorary grandchildren, Ashlyn, Austin, Aubrie, Brooklyn, Grayson, and Emerson; and many friends and patients. A memorial visitation will be held from 5 to 7 p.m. on Thursday, October 22nd, 2020 at Crawford A. Crim Funeral Home. Condolences may be made at www.crawfordacrim.com.

The family of Dr. William "Bill" O'Mara created this Life Tributes page to make it easy to share your memories.