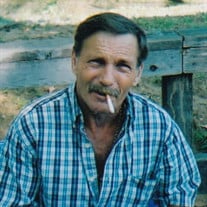 A memorial visitation to celebrate the life of Mr. William A. Davis, 63, of New London, will be held from 1-3 p.m. on Sunday, January 16, 2022, at Crawford-A. Crim Funeral Home. Mr. Davis passed from this life on January 13, 2022, at his residence. He was born January 25, 1958, in Sydney, New York to the late George and Patricia Davis and has lived in New London since 1992. Bill was a general contractor and owned and operated his own business. Bill was a big sports fan and enjoyed bowling. He also liked to hunt and fish and loved to make people laugh. In addition to his parents, he was preceded in death by his daughter, Tonya Sue Davis, and brother, Kenneth Davis. Survivors include his fiance, Tina Hamilton of New London; sons, William Davis of New London, Kenneth Davis of Chicago, Illinois, and David Davis and wife Hillary of Longview; Tina's children, Timothy Hamilton and Matthew Hamilton, both of New London; brothers, Donald Davis and wife Arlene of New London, Gary Davis of New York, and Edward Davis and wife Cindy of New York; sister, Lori Croniser and Jack Hall of New York; grandchildren, Grayson Davis, McKenzie Davis, Avery Davis, James Hamilton, and Judson Davis; as well as a host of nieces, nephews, other family and friends. Words of comfort may be shared with the family at www.crawfordacrim.com.

The family of Mr. William "Bill" Davis created this Life Tributes page to make it easy to share your memories.

A memorial visitation to celebrate the life of Mr. William A....