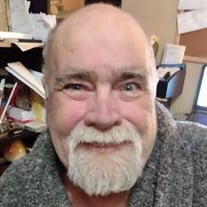 Funeral services for Mr. Wayne Womack, 67, of Henderson, will be held at 3:00 p.m. on Tuesday, October 12, 2021, in the chapel at Crawford-A. Crim Funeral Home with Rev. Robert Fry officiating, under the direction of Crawford-A. Crim Funeral Home. Mr. Womack passed from this life on October 10, 2021, at UT Health in Henderson. He was born May 20, 1954, in Rusk County to the late J.B. and Geneva (Gregg) Womack. Wayne served his country in the United States Army and later worked as a sheet rocker. In addition to his parents, he was preceded in death by his sister, Shirley Washburn. Survivors include his partner of 5 years, Pat Wear of Henderson; children, Irene Womack of Arkansas, Arvie Wayne Womack Jr. of Texas, Jeff Womack of Arkansas, and Nakyta Womack and husband Andryw, Britnee Snyder and husband Danny, Rosemary Jensen and husband Ryan, and Faith Womack, all of Nebraska; brother, Toney Womack and wife Judy of Texas; sisters, Mary Stafford and Ellen Stone of Texas; 17 grandchildren; and a very special friend, Cody King of Texas. Words of comfort may be shared with the family at www.crawfordacrim.com.

The family of Mr. Wayne Womack created this Life Tributes page to make it easy to share your memories.

Funeral services for Mr. Wayne Womack, 67, of Henderson, will...