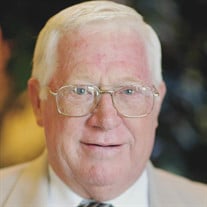 A celebration of the life of Mr. Ted L. Allen, 74, of Henderson, will be held at 3:00 p.m. on Wednesday, May 24, 2017, in the chapel at Crawford-A. Crim Funeral Home with Rev. Wayne Kniffen officiating under the direction of Crawford-A. Crim Funeral Home. The family will receive friends following the service until 5:00 p.m. at the funeral home. Coach Allen passed from this life on May 20, 2017, at ETMC Henderson. He was born February 18, 1943, in Floydada, TX and has resided in Henderson for the last 33 years. Ted was an outstanding high school athlete, competing in the state track meet for two years. He went on to run track at McMurry University and completed his degree at West Texas State University, now West Texas A&M. He was a high school coach and teacher for 44 years, and in 1990, Ted was selected to serve on the High School All Star Selection Committee. Ted's coaching career led him to head coaching positions in Clarendon, Arp, and Sabine. He served on other coaching staffs including stints in Henderson and Mt. Enterprise, and he was a member of the Texas High School Coaches Association. Outside of coaching, Ted loved to play golf with Brenda, and he was a loving and doting "Poppie" to his four granddaughters. Ted was a member of First Baptist Church of Henderson. He was preceded in death by his parents, Ted and Lola (Graham) Allen. Survivors include: wife, Brenda Allen of Henderson; children, Kasey Loughry and husband Sam, and Reagan Allen and wife Lauren, all of Dallas; brother, Jerry Allen of Arlington; sister, Betty Jones and husband Greg of Lubbock; grandchildren, Sophie, Annabelle, and Georgia Loughry, and Palmer Allen, all of Dallas; brother-in-law, Royce Martin and wife Patty of Carrollton; and sister-in-law, Janet Martin of Atlantic Beach, Florida. Pallbearers will be Brian Miller, Justin Kniffen, Jarrod Ferguson, Justin Scarborough, Tim Story, and Matt Ellis. Words of comfort may be shared with the family at www.crawfordacrim.com.

A celebration of the life of Mr. Ted L. Allen, 74, of Henderson, will be held at 3:00 p.m. on Wednesday, May 24, 2017, in the chapel at Crawford-A. Crim Funeral Home with Rev. Wayne Kniffen officiating under the direction of Crawford-A. Crim... View Obituary & Service Information

The family of Mr. Ted L. Allen created this Life Tributes page to make it easy to share your memories.