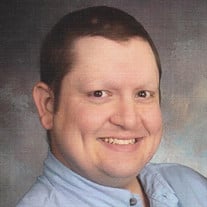 Funeral services for Steven Cody Jewell, 29, of Henderson, will be held at 10:00 a.m. on Saturday, September 11, 2021, in the chapel at Crawford-A. Crim Funeral Home with Rev. Randy Sceroler officiating. Interment will follow at Lakewood Memorial Park under the direction of Crawford-A. Crim Funeral Home. The family will receive friends from 6-8 p.m. on Friday, September 10, at the funeral home. Mr. Jewell passed from this life on September 4, 2021, in Henderson. He was born January 14, 1992, in Bakersfield, California and moved to Tyler around the age of 3. He later spent a few years in West Texas before moving to Henderson in 2012. Cody had previously worked for the city of Henderson and enjoyed hunting and fishing. He also loved playing the guitar and singing. The true joy of his life, though, was his daughter, his princess, Chrissie whom he adored. He was preceded in death by his grandfather, Harrel Sidney Jewell; and his step-dad, Daniel Cedano. Survivors include his wife, Scarlett Price Jewell and daughter, Chrissie of Henderson; father, Steven Jewell and wife Kathy of Coleman; mother, Laurie Cedano of White Settlement; grandparents, Wanda Jewell of Coleman, Leah Calhoun of Henderson, and Arnold Felts of Weatherford; siblings, Brooke Adkins and husband Cody of White Settlement, Caleb Jewell and wife Kaylin of Ft. Worth, Emily Dubois and husband Caleb of Fairfield, and Carter Cedano of White Settlement; father and mother-in-law, David and Trisha Price of Henderson; brothers-in-law, Steven Price and wife Chelsa of New London, Benjamin Price and wife Janet of Henderson, and Joseph Price of Longview; as well as a host of aunts, uncles, nieces, nephews, other family and many friends. In lieu of flowers, donations may be made to the National Kidney Foundation Inc., https://www.kidney.org/donation. Words of comfort may be shared with the family at www.crawfordacrim.com.

Funeral services for Steven Cody Jewell, 29, of Henderson, will be held at 10:00 a.m. on Saturday, September 11, 2021, in the chapel at Crawford-A. Crim Funeral Home with Rev. Randy Sceroler officiating. Interment will follow at Lakewood Memorial... View Obituary & Service Information

The family of Mr. Steven Cody Jewell created this Life Tributes page to make it easy to share your memories.

Funeral services for Steven Cody Jewell, 29, of Henderson, will...