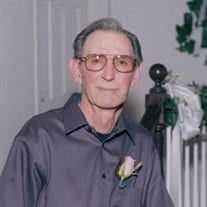 Graveside services with military honors for Mr. Samuel T. Cole Jr., 75, of Longview and Elderville, will be held at 10:00 a.m. on Tuesday, August 17, 2021 with Pastor Garry Pace officiating. Interment will follow under the direction of Crawford-A. Crim Funeral Home. Mr. Cole passed away July 30, 2021, at his residence. He was born October 23, 1945 in Memphis, Tennessee to the late Samuel T. Cole Sr. and Ethel Marie (Crail) Cole. He has made East Texas his home since 1979. He worked with the Alaskan Railroad for 13 years and then worked as an equipment operator at Luminant-Texas Utilities for nearly thirty years. Mr. Cole served his country in the United States Navy, where he was a Navy Seabee in Vietnam in 1966-1967. He enjoyed crappie fishing. He was an avid pool player and enjoyed playing in several pool leagues. He could build or work on anything. He was a skilled carpenter, a welder, and a car mechanic. He was preceded in death by his parents, S.T. and Marie Cole; sister, Linda Cole; and grandson, Daniel Riley. Survivors include his wife, Kay Cole of Longview; children, Shena Riley and husband Danny of Henderson, Adrian Sanderlin and wife Cody of Houston, Samantha Ellis and husband Titus of Longview, Amanda Waldrop and her wife Melissa Marks of Arlington, Lindsey Waldrop of Mansfield, Meagan Heikal of Grapevine; brother Charles Kenneth Cole and wife Lori of Medina; sisters Susie Demoss and husband Ray of Ninilchik, Alaska, Tina Cole of Anchorage, Alaska; eight grandchildren; four great-grandchildren; and a host of nieces, nephews, other family, and friends. The family would appreciate flowers being sent to the funeral home for the service or donations be made to The Wounded Warrior Project, P.O. Box 758516, Topeka, Kansas 66675-8516. Words of comfort may be shared with the family at www.crawfordacrim.com.

Graveside services with military honors for Mr. Samuel T. Cole Jr., 75, of Longview and Elderville, will be held at 10:00 a.m. on Tuesday, August 17, 2021 with Pastor Garry Pace officiating. Interment will follow under the direction of Crawford-A.... View Obituary & Service Information

The family of Mr. Samuel T. Cole Jr. created this Life Tributes page to make it easy to share your memories.