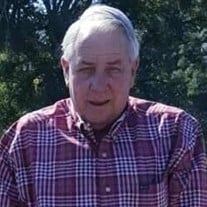 Funeral services for Mr. Samuel "Sam" Otis Teague, 72, of Tyler will be held at 10:00 a.m. Monday, April 29, 2019 in the chapel of Crawford-A. Crim Funeral Home with Rev. Mike Ledbetter and Harry Johnson officiating. Interment will follow at Duncan Cemetery under the direction of Crawford-A. Crim Funeral Home. The family will receive friends from 3:00 p.m. to 5:00 p.m. Sunday, April 28, 2019 at the funeral home. Mr. Teague passed away April 26, 2019 at his residence. He was born March 22, 1947 in Haynesville, LA to the late Mack Odis and Sarah Elizabeth Kendrick Teague. He retired from Goodyear/ Kelly Springfield Tires in Tyler Texas where he worked for 36 years. He served his country in the United States Marine Corp Reserves. He attended Kilgore Junior College, was a member of Local Union #746. He was known as the "Book Man of East Texas," selling books to local schools for Books and Fun and Collective Goods. He was also a 32 degree Scottish Rite Mason of the Valley of Waco and a member of the Church of Christ. He was preceded in death by his parents, Mack Odis and Sarah Elizabeth Teague; father and mother-in-law, Cecil and Florence Brown; brother-in-law, Aubrey Alewine; and sister-in-law, Peggy Teague. Survivors include: his wife of 51 years, Judy Brown Teague of Tyler; son, Samuel Brandon Teague and wife Tara of Tyler; brother, Jerry Teague of Henderson; sisters, Melinda Alewine of Price, Patty Byrd of Bullard; grandchildren, Sloan Teague, Mack Teague; and a host of nieces, nephews, other family, and friends. Pallbearers will be Jason Brown, Cody Dison, Heath Brown, Kyle Byrd, Cullen Stokes and Anthony Byrd. Words of comfort may be shared with the family at www.crawfordacrim.com.

The family of Mr. Samuel "Sam" Otis Teague created this Life Tributes page to make it easy to share your memories.