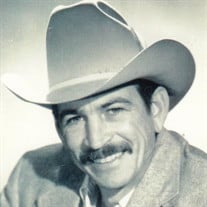 Funeral services for Mr. Sammy L. “Buddy” Boles, 64, of the Chapman Community, will be held at 10:00 am on Wednesday, June 30, 2021, in the chapel at Crawford-A. Crim Funeral Home with Barry Rivers officiating. Interment will follow at Bridges Cemetery under the direction of Crawford-A. Crim Funeral Home. The family will receive friends from 5:30-7:30 pm on Tuesday, June 29, at the funeral home. Mr. Boles passed from this life on Friday, June 25, 2021, at Nacogdoches Medical Center. He was born January 13, 1957, in Henderson and was a life-long resident of Mt. Enterprise and the Chapman Community. Buddy began his career in law enforcement with the Texas Department of Criminal Justice from 1977-1980. From 1980-1989, he served as a deputy with the Rusk County Sheriff's Office. In 1990, Mr. Boles returned to TDCJ in Huntsville where he worked until 1999 before working with MTC. In 2005, Buddy established and operated Buddy's Insulation until his retirement in 2019. Mr. Boles was also a member of the Church of Christ in Mt. Enterprise. He was preceded in death by his father, Sam Boles; sister, Glenna Huff; and his father-in-law and mother-in-law, Ottis Brooks and Iris Hays Brooks. Survivors include his wife of 22 years, Pam Brooks Boles of the Chapman Community; mother, Ada Easley Boles of Mt. Enterprise; children, Krissy Jones and husband David, and Joshua Brooks Kelsey and wife Katherine, all of the Chapman Community; grandchildren, Hunter Schwettmann, Payton Schwettmann, and Xander Brooks Kelsey, all of the Chapman Community; and a host of family and friends. The family would like to say a special thank you to caregivers Archie Whitmire and Lanell Ross. Pallbearers will be David Jones, Joshua Kelsey, Payton Schwettmann, Hunter Schwettmann, Mark Brooks, and Cliff Weems. Honorary pallbearers will be Eddie Brooks, John Welch, Mike Hanks, and Randy Howell. In lieu of flowers, memorial donations may be made to Bridges Cemetery at 1307 Westwood, Henderson, TX 75654, and/or Concord Cemetery at P.O. Box 343, Mt. Enterprise, TX 75681. Words of comfort can be shared with the family at www.crawfordacrim.com.

The family of Mr. Sammy L. "Buddy" Boles created this Life Tributes page to make it easy to share your memories.