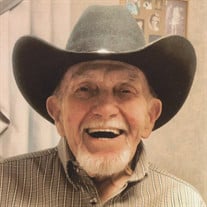 Richard Venero ‘Pappy’ Weaver went to be with his Lord and Savior on June 14, 2021, at the age of 85. He was born on May 30, 1936, in St. Martinville, LA. Shortly thereafter his family moved to East Texas. Some of his happiest times growing up were when he lived on the lease between Overton and New London. He was the oldest of five siblings. His family later moved to Eastern New Mexico to Air Base City just north of Hobbs, New Mexico. He graduated from Lovington High School in Lovington, New Mexico. While living at Air Base City he met and married Sherry Ann Walkup. The were married for over 49 years, until Sherry’s death in 2001, and raised four children together. He worked for El Paso Natural Gas in Jal, New Mexico before moving his family to East Texas. He worked for Red Ball Motor Freight, International Paper, and later retiring from Texas Utilities as a heavy equipment operator. He loved to hunt and also fish at the Bayou Siepe on Toledo Bend Reservoir. He never met a stranger and was always willing to lend a helping hand. He is preceded in death by his parents Robert and Kathleen Weaver, wife, Sherry Walkup Weaver, and great-grandson, Tyler Elliott. He is survived by daughter Ginger Elliott and husband Bill of Andrews, TX, sons John Weaver and wife Cherie of Henderson, TX, Tim Weaver and wife Coral of Tyler, TX, and Albert Weaver and wife Dietra of Cleveland, TX. Sisters Sheila Fitzgerald of Canton, TX, Charlotte Warren and husband John of Weatherford, TX, Bobbie Rainer and husband Robert of Groesbeck, TX, and Kaye Wilson and husband Larry of Whitehouse, TX; brothers-in-law, Homer Walkup of Lake Dallas, TX, and Ross Walkup and wife Sabra of Durant, OK; and sister-in-law Ginny Thompson of Frisco, TX. He is also survived by 13 grandchildren and numerous great and great-great grandchildren. Richard’s family will receive friends and family at his visitation on Friday, June 18, 2021 from 5-7 p.m. at Crawford A. Crim Funeral Home in Henderson, TX. Graveside services will be conducted at Pleasant Hill Cemetery at 10 a.m., Saturday, June 19, 2021, with Leroy Sedgwick officiation. Grandsons will serve as pallbearers. In lieu of flowers contributions can be made to Angel Care Hospice, 702 Fair Park Dr., Henderson, TX 75654. Condolences may be made at www.crawfordacrim.com.

The family of Mr. Richard V. "Pappy" Weaver created this Life Tributes page to make it easy to share your memories.

Richard Venero ‘Pappy’ Weaver went to be with his Lord and Savior...