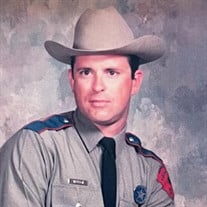 A celebration of the life of Ret. Sr. Corporal Charlie Wayne Hellen, 77, of Tyler, will be held at 2:00 p.m. on Thursday, September 2, 2021, in the chapel at Green Acres Baptist Church in Tyler with Rev. Kenny Ray, Rev. Romnie Scott, and Jimmy Jackson officiating. Burial will follow at Elderville Cemetery in Elderville under the direction of Crawford-A. Crim Funeral Home. The family will receive friends from 1:00 p.m. until service time on Thursday in the chapel at Green Acres as well as following the committal service in the fellowship hall at Centre Presbyterian Church in Elderville. Mr. Hellen passed from this life on August 23, 2021, at his residence in Tyler. He was born June 3, 1944, in Scott County near Forrest, Mississippi to the late Charlie Woods Hellen and Myrna Opal Sorey Hellen. Wayne graduated from Kilgore High School in 1962 and went on to earn degrees from Kilgore College and Tyler Junior College. He dedicated his life to public service and served his country in the United States Army during the Vietnam Conflict. After his military service, Mr. Hellen went on to a long, successful career with the Texas Department of Public Safety as a State Trooper which included several years as the head of a drug task force. He retired in 2002 and later came out of retirement at the request of the director of DPS and served for several more years. Wayne was also a 32nd degree Scottish Rite Master Mason having been raised to a Master Mason on April 7, 1994 at Bullard Lodge #785 AF&AM. Mr. Hellen has also been a member of Green Acres Baptist Church in Tyler for 50 years. In addition to his parents, he was preceded in death by his brother, William Delmar Hellen. Survivors include his wife of 57 years, Betty Dianne Dorman Hellen of Tyler; daughters, Deena Dianne Hellen and Andrea Dee Hellen; grandchildren, Justin Lane Pope and Madelyn Dee Pope; sisters, Charlene Hellen Moore of Henderson and Laura Ann Hellen Parker and husband Clyde of Lake Cherokee; and a host of nieces, nephews and other family as well as many friends. Honorary pallbearers will be Justin Lane Pope, the retired DPS Tuesday Coffee Club members, and John Eric “Ric” Freeman. In lieu of flowers, memorial donations may be made to the charity or organization of your choice. Words of comfort may be shared with the family at www.crawfordacrim.com.

A celebration of the life of Ret. Sr. Corporal Charlie Wayne Hellen, 77, of Tyler, will be held at 2:00 p.m. on Thursday, September 2, 2021, in the chapel at Green Acres Baptist Church in Tyler with Rev. Kenny Ray, Rev. Romnie Scott, and Jimmy... View Obituary & Service Information

The family of Ret. Sr. Corporal Charlie Wayne Hellen created this Life Tributes page to make it easy to share your memories.

A celebration of the life of Ret. Sr. Corporal Charlie Wayne...