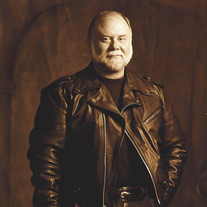 Mr. Ralph Dwayne Kinsfather passed away May 23, 2017 in Dallas. He was born June 21, 1951. He was preceded in death by mother, Audrey Estelle Lunsford and father Ralph Eugene Kinsfather. Ralph leaves his wife, Maribel Kinsfather, daughters, Keri Haden and husband Barry, and Amanda McGill, as well as son, Ian Kinsfather. Although, not his blood children, Ralph claimed and loved many others as his own. He had the pleasure of being involved in raising, Ken Urech and wife Cherie, Mandy Urech, and Kellene Urech. Guillermo Ventura, and Geronimo Realzola are also very important to Ralph; he always referred to them as his “boys.” As recently as May 13, when he took his nuptials with Maribel, Ralph gained five more children, Estephany Sanchez, Omar Sanchez, Mayra Delaserda, Sonya Ordez and Veronica Ordez. Ralph has 21 grandchildren, collectively with his new wife. Audrey Davidson, Ryan Davidson, Lane Haden, Nathan McGill, Eli Moore, Frank Urech, Ben Urech, Haley Bell, Tiffaney Faulkenberry, Megan Finley, Dani Urech, Shane Urech, Zakery Oliver, Alexees Sanchez, Justin Mijangos, Kenneth Sanchez, Brixton Delaserda, Analeiah Huerta, Aniah Khan, Ariana Gallardo, and Maribel Sanchez. Ralph also leaves a sister, Phyllis Frye, of Ore City, Texas. Ralph achieved his Eagle Scout patch at an early age of 13. Ralph worked up until he was unable to leave his house anymore. He worked for a foundry in Houston for 13 years, as a salesman, and oil man. Since 1995, Ralph was a general contractor in Dallas. Ralph loved to ride Harley Davidson motorcycles and had many close friends that went before him that he was reunited with on the other side. He took many road trips all over the US on his Harley, but his favorite annual trip was to Strugis, South Dakota. Ralph was a devoted husband, father and grandfather. He loved his grandkids and never missed an opportunity to attend their sporting events; or whatever they were participating in. We will miss him so much! The family will have a celebration in honor of his life, at his home on Sunday, May 28, 2017 from 2-4 p.m. If you rode with dad, please feel free to ride your bike. The address is 2814 Sharpview Lane, Dallas, TX 75228. Bring your lawn chair and memories of Ralph to share.

The family of Mr. Ralph Dwayne Kinsfather created this Life Tributes page to make it easy to share your memories.