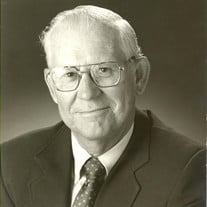 Funeral services for Mr. Orion "O.K." Kelly Stroud, 87, of Henderson, will be held at 2:00 pm on Thursday, September 21, 2017, in the chapel at Crawford-A. Crim Funeral Home with Rev. Shawn Heatherly and Rev. Debbie Tipps officiating. Interment will follow at Lakewood Memorial Park under the direction of Crawford-A. Crim Funeral Home. Visitation will be from 1:00 pm to service time on Thursday at the funeral Home. Orion Kelly Stroud was born in Rusk County on January 15, 1930 to Gaston Orion Stroud and Virginia Madge Tipps Stroud. He passed away September 18, 2017 at age 87. He was a long time heart survivor, having his first open heart surgery in 1972 at age 42. He grew up at the Gulf Oil Camp off highway 79 where he enjoyed a wonderful childhood fishing, hunting, and riding his horse. In childhood he was a member of the Pleasant Grove Methodist Church. He started to school at the Pleasant Grove school, later attending the Carlisle school when they consolidated. He was a 1947 graduate of the Carlisle High School. Later he was a student at the Kilgore Junior College and drove a bus for the college. Orion volunteered to the United States Air Force in December 1950 during the Korean War. He served in Japan before being discharged in May 1954. He and Geraldine Burton were married on June 23, 1951. They enjoyed 66 happy years together. He was employed in 1954 by the Texas Eastman Company, retiring in 1986. He and Gerrie enjoyed 30 years of retirement. Working at the family farm, traveling with their friends Stanley and Jo Ann Dulany in their R.V. In recent years they traveled with the Oil Patch R.V. Club. Orion was a long time member of St. Paul's United Methodist Church, where he served in many capacities. He was preceded in death by his parents, many aunts, uncles, and cousins, a special uncle, George Wood Tipps, who was like a brother to him. Survived by his wife Geraldine; his son, Robert Orion and wife Jane; granddaughter Cara Elizabeth Williams and husband Christopher; and great-grandsons, Conlan Reid and Felix Orion Williams; son, George Kelly Stroud and wife Susan; grandson, Shawn Eric Sams and wife Katie; great-granddaughters, Paisley Grace, Presley Quinn,, and Ryer Kelly Sams; and sister-in-law, Georgia Crawford and husband Jack, and their children, Debbie Hoffman, and Jack Glenn Crawford, Jr.. Pallbearers will be George Wood Tipps Jr., Shawn Eric Sams, Jack G. Crawford Jr., Gary Wilkerson, Bruce Gasaway, and Bill Turner. Honorary pallbearers will be Troy Moran, Earl Rogers, Greg Janes, Randy Chote, John Metcalf, Eugene Pieter, Gailon Johnson, Byron Deason, Sidney Ashby, and Richard E. Burton. In lieu of flowers, memorial donations may be made to: St. Paul's United Methodist Church, P.O. Box 1226, Henderson, TX 75653, American Heart Association, 7272 Greenville Ave., Dallas, TX 75231, or Hospice of East Texas, 4111 University Blvd, Tyler, TX 75701 Words of comfort may be shared with the family at www.crawfordacrim.com.

The family of Mr. Orion Kelly "O.K." Stroud created this Life Tributes page to make it easy to share your memories.