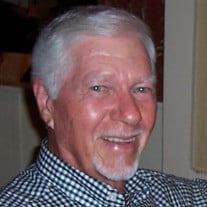 Graveside services for Mr. Odis Eugene Wilder, 90, of Lafayette, Louisiana, will be held at 4:30 p.m., Friday, September 3, 2021, at Lakewood Memorial Park Cemetery with Rev. John Voss officiating. Interment will follow under the direction of Crawford-A. Crim Funeral Home. The family will receive friends from 2:00 p.m. until 3:30 p.m., Friday, September 3, 2021 at Crawford-A. Crim Funeral Home. Mr. Wilder passed from this life on Wednesday, September 1, 2021, at his residence. He was born on February 14, 1931, in Minden, to the late Jones and Ruby (Johnston) Wilder. Mr. Wilder served our country in the United States Navy in the Korean War for four years. He also attended and graduated from the University of Houston. He then worked and retired from Otis Engineering. Mr. Wilder was a member of the First Baptist Church in Lafayette, Louisiana and was an active Gideon. In addition to his parents, he was preceded in death by his sister, Clara Oldham; and two brothers, Bill and J.W. Wilder. Survivors include his wife of 68 years, Vivian (Tillison) Wilder of Lafayette, Louisiana; sons, Marcus Wilder of Lafayette, Louisiana, and Joe D. Wilder of Longview; three grandchildren, Jessica LaFleur and husband Troy, Joe Wilder II and wife Morgan, and Mallory Bourgeois; five great-grandchildren; and a host of nieces, nephews, family, and friends. Pallbearers will be Joe Wilder II, Jay Wilder, Brent Wilder, Clay Wilder, Louis Hall, and James Hall. Words of comfort may be shared with the family at www.crawfordacrim.com.

The family of Mr. Odis Eugene Wilder created this Life Tributes page to make it easy to share your memories.