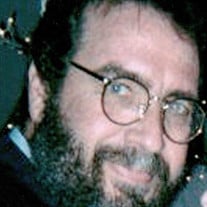 Funeral services for Mr. Nathan Wilkins, 67, of Liberty City, will be held at 2:30 p.m. on Friday, June 19, 2020, in the chapel at Crawford-A. Crim Funeral Home with Rev. David Hampton officiating. Interment will follow at Zion Hill Cemetery under the direction of Crawford-A. Crim Funeral Home. The family will receive friends from 1:00 p.m. until service time on Friday, June 19, at the funeral home. Mr. Wilkins passed from this life on June 12, 2020, at Medical City Hospital in Dallas. He was born October 18, 1952, in Overton to the late Bud and Joyce (Williamson) Wilkins and has been a longtime resident of the East Texas area. After high school, Mr. Wilkins served his country in the United States Navy during the Vietnam War. He went on to work for, and retired from, Texas Eastman as a maintenance mechanic and later in the lab. When not at work, Nathan was a good hunter and fisherman and loved all kinds of music. He recently got into bird watching and enjoyed the time he had with his little puppy, Oscar. Mr. Wilkins was also a member of First Baptist Church of Kilgore. Survivors include his wife of 41 years, Judy Wilkins of Liberty City; children, Renee Brooks and husband Mike of Ft. Worth, and Rodney Goodwin of Lufkin; sister, Barbara Walker and husband Milton of Woodland Hills, California; brother, Brady Wilkins and wife Kimberly of Texarkana; grandchildren, Jessica Brooks and Seth Brooks; great-grandchildren, Jordan and Julian Henry; sisters-in-law and brother-in-law, Betty Smith and Lois Siler, both of Henderson, Gladys Crouch and husband Jim of Kilgore, and Charles Sparkman and wife Shelli of Enumclaw, Washington; as well as a host of nieces, nephews, cousins, other family and friends. Pallbearers will be Roger Choice, Alan Bumgardner, Cody Bumgardner, David Boles, Billy Hill, Bruce Ogolvie, James Kegley, and Dave Thomas. Honorary pallbearers are Sam Willoughby, George Roberts, Rusty Bumgardner, Rocky Bumgardner, and Rodney Goodwin. Words of comfort may be shared with the family at www.crawfordacrim.com.

The family of Mr. Nathan Wilkins created this Life Tributes page to make it easy to share your memories.