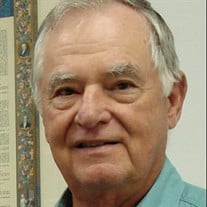 John Owen Kain, 89, passed away at home on November 25, 2020. John was born Feb. 18, 1931 in Sherman, TX. He was raised primarily in Denison and educated there by the nuns at St. Xavier’s Academy. John earned a history degree at St. Edward’s University before being drafted into the army during the Korean War and serving as a military policeman. After discharge, he earned a law degree from The University of Texas at Austin. He was hired at a major Houston firm after law school, and he knew after one day that he was not cut out for cubicles, so he left to join a smaller firm for a lower salary but more independence. In 1970, he and Richard Reedy established Kain & Reedy, which operated with integrity for over 50 years. John was also one of the earliest attorney mediators and mediated thousands of cases before retiring in 2010. He was a past member of The Houston Bar Association, State Bar of Texas, Bar Association of the Fifth Federal Circuit, American Bar Association, Supreme Court of Texas, and a past president of Toastmasters International. John was charming, with a gift for drawing people out and getting their story. His genuine interest in people drew them to him. He was a gifted storyteller, a critical thinker, and an occasional pot stirrer. He could find the humor in any circumstance and defuse potentially volatile situations with a mild response. He had a deep intellectual curiosity and was a lifelong student. A wordsmith who could cut to the heart of the matter or crack up everyone in the room. The same qualities that made him successful as a man made him an outstanding attorney and mediator. He was a historian, natural teacher, perpetual learner, athlete, and hard worker. Self-disciplined, he admired discipline and determination in others. He was a die-hard Texas Longhorn fan, golfer, handball and tennis champion, sang for the Pope, and was a thoughtful and strictly anonymous philanthropist. He was the finest and most fair man we’ve ever known. He loved deeply, and we simply adored him. When John was 80, he came to know that, though all have sinned and fallen short of the glory of God (Romans 3:23), and the wages of sin is death, the free gift of God is eternal life in Christ Jesus (Romans 6:23). John understood that God showed His great love for us in that, while we were still sinners, Christ died for us (Romans 5:6-8). He confessed with his mouth that Jesus is Lord and believed in his heart that God raised Him from the dead (Romans 10:9). Therefore, since John was justified by faith, he has peace with God through Christ (Romans 5:1), and we rejoice. John is survived by wife Sharmen; daughters Susan Grainge (Luke), Karen Kain, Colleen Kain; stepchildren Lauren Little (Chad) and Jordan Winterfeld (Chelsea); seven terrific grandchildren; sisters Colleen Kain and Carolyn Galloway (Larry); nieces, nephews, and many esteemed colleagues and treasured friends. He was preceded in death by a sister, Suzanne, and brother, Harry. Funeral services for Mr. Kain will be held at at 2:00 p.m. on Tuesday, December 1, 2020, in the chapel at Crawford-A. Crim Funeral Home, Henderson, TX, with the family receiving friends from 1:00 p.m. until service time. Interment will follow at Harmony Hill Cemetery under the direction of Crawford-A. Crim Funeral Home. A Memorial Mass at Sacred Heart Catholic Church will be held at a later date. Pallbearers will be Jordan Winterfeld, Chad Little, Michael Grainge, David Grainge, Larry Galloway, and Michael Galloway. Donations may be made in his memory to The Sisters of St. Mary of Namur, 909 W. Shaw Street, Fort Worth, TX, 76110. Words of comfort may be shared with the family at www.crawfordacrim.com.

The family of Mr. John Owen Kain created this Life Tributes page to make it easy to share your memories.