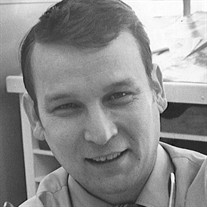 Joel Moore Nash, 86, of Bellaire, Texas, died on Monday, September 4, 2017 in Houston. Joel was born March 18, 1931, in Forney, Texas, to Cornelia (Connie) and Ottis (Joe) Nash. Raised in Longview, Texas, Joel graduated from Longview High School in 1949. He attended the University of Texas at Austin and graduated with a Bachelor of Arts in 1952. Joel also received a Master of Arts in Education from Stephen F. Austin State University. Upon graduation, he enlisted in the United States Air Force where he served during the Korean War as a Control Tower Operator. After serving in the Air Force, Joel began his professional career as the Editor of the Henderson Daily News in Henderson, Texas. After several years at the Henderson Daily News, Joel moved his family to Houston to begin a 30 year career at the Houston Chronicle. While at the Houston Chronicle, Joel worked as a copy editor, a business reporter, Editor of the Home Section, Editor of the Travel Section, Manager of Advertising Publicity and was a member of the Houston Press Club. Joel retired from the Houston Chronicle in 1986 and became active in various community organizations. He was a Board Member of the Greater Southwest Houston Chamber of Commerce, a supporter of the Friends of the Bellaire Library and a Life Member of the Texas Exes. Joel enjoyed a life-long love of Texas History, the City of Bellaire (where he lived for 55 years), PBS Television, the Houston Symphony and the Texas Longhorns. He was appointed by Governor William P. Clements to the San Jacinto Monument Advisory Board and was a Past President of the Bellaire Historical Society. Joel was preceded in death by his wife, Dorothy Joanne Harris Nash, his parents Connie and Joe Nash of Longview, and his in-laws, Randy and Virginia Harris of Henderson, as well as his brother Dick E. Nash of Burleson, Texas. He is survived by his son, John Harris Nash and wife Jenifer, of Houston, and his daughter, Elinor Nash Seeley and husband Peter, of Dallas. He is also survived by his grandchildren, Courtney Cay Nash, Christopher Harris Nash, Brian Andrew Shortt, Avery Morgan Nash, Virginia Clair Seeley and Elizabeth Anne Seeley, as well as his sister, Nancy Nash Jennings of Spring, and his sisters-in-law, Dorothy Brunson Nash of Burleson and Jean Forester Green of Henderson. Visitation will be held on Friday, September 8, 2017 between 7:00 p.m. and 9:00 p.m. at Crawford A. Crim Funeral Home in Henderson, Texas. The funeral service will be held at St. Matthew’s Episcopal Church in Henderson on Saturday, September 9, 2017 at 2:00 p.m., followed by a graveside service at Lakewood Memorial Park Cemetery. Pallbearers will be Bill Bagley, Robert Forester, Christopher Nash, Brian Shortt, Thomas Scott Bagley, and John Burgher. Honorary pallbearers will be Dr. Terry Hugo, Dr. Herb Agan, Bowman Urech, Charles Bagley, Thomas Jennings II, Dick Nash Jr., and Dave Nash. Memorial contributions may be made to St. Matthew’s Episcopal Church, 214 College Avenue, Henderson, Texas 75654. Words of comfort may be shared with the family at www.crawfordacrim.com.

The family of Mr. Joel Moore Nash created this Life Tributes page to make it easy to share your memories.