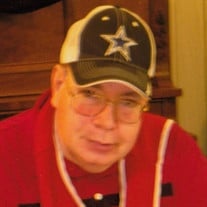 Funeral services for Mr. Joe Mack Whitehead, 62, of Henderson, will be held at 10:00 am on Tuesday, June 29, 2021, in the chapel at Crawford-A. Crim Funeral Home with Rev. Matt Skiles and Rev. James Palmer officiating. Interment will follow at Zion Hill Cemetery under the direction of Crawford-A. Crim Funeral Home. The family will receive friends from 6:00-8:00 pm, Monday, June 28, at the funeral home. Mr. Whitehead passed from this life on Friday, June 25, 2021, at Autumn Leaves in Henderson. He was born March 4, 1959, in Tyler and spent most all of his life in Rusk County. Joe graduated third in his class from West Rusk High School on May 29, 1977. Following graduation, on June 10, he joined the National Guild of Piano Teachers. Mr. Whitehead received his Associate of Arts degree from Kilgore College on May 15, 1980, and later graduated from East Texas Baptist College on December 18, 1982, with a Bachelor of Music Education with certification in all levels. Joe later attended Grayson County College in Denison and received his diploma for Piano Tuning and Repair on July 31, 1985. This led to a long career in piano tuning and repair in which Joe owned and operated his own business. In 1986, Joe met Nora Kay Wallace through a mutual friend, Lawanda Ferguson, and they were married on March 9, 1991. Mr. Whitehead was a life-long member of Turnertown Baptist Church where he played the piano and organ for 40 years. It was at Turnertown Baptist where he made a profession of faith and was saved at age 8 during Vacation Bible School. Joe was also a deacon in the church for 30 years. He served as a Gideon for many years until his health failed. Throughout the trials that Joe faced in life, his faith never wavered and he didn't complain. He was an example of a Godly man and enjoyed his time reading and studying the Bible. He was preceded in death by his mother, Maude Ellen (Stone) Whitehead; grandparents, Arthur and Florence Whitehead, and Dr. C.C. (Claude) and Pansy Stone; Martha Rousseau and other extended family and friends. Survivors include his wife of 30 years, Nora Kay Whitehead; father, Roger Whitehead; brother, John Whitehead and wife Debbie; nieces and nephews, Travis and Jannell Whitehead, Luke and Jessie Whitehead, Julie and Brad Cummins, Nikki and Myron Runnels, Paul Wallace, Scott Wallace, and Stacy and Kevin Williams; great-nieces and nephews, Kennedy Whitehead, Tayler Davis, Brynnan Runnels, Cash Wallace, Caden Wallace, Neely Williams, and Peyton Williams. Pallbearers will be Myron Runnels, Lamont Runnels, Keldon Johnson, David (Jap) Jones, Nikki Runnels, and Lyndsey Hailey. Honorary pallbearers will be Albert Richards, Curtis Cooper, Odis Johnson, Luke Whitehead, Travis Whitehead, Brad Cummins, Paul Wallace, and Scott Wallace. If desired, memorial donations may be made to Gideons International at P.O. Box 1741, Henderson, TX 75653, and/or to Angel Care Hospice at 702 Fairpark Dr Suite 102, Henderson, TX 75654. Words of comfort can be shared with the family at www.crawfordacrim.com.

Funeral services for Mr. Joe Mack Whitehead, 62, of Henderson, will be held at 10:00 am on Tuesday, June 29, 2021, in the chapel at Crawford-A. Crim Funeral Home with Rev. Matt Skiles and Rev. James Palmer officiating. Interment will follow... View Obituary & Service Information

The family of Mr. Joe Mack Whitehead created this Life Tributes page to make it easy to share your memories.