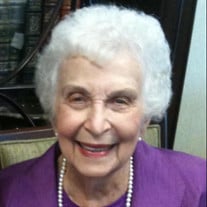 JoAnne Cannon Mason, 91, was born December 16, 1928 in Mineral Wells, Texas. She passed away August 11, 2020 in Brookdale of Henderson. She was preceded in death by her parents, Gause and Kathleen Cannon; by her loving husband, James Mason; by her sister, Dorothy Barry and husband James; and by her brother-in-law Robert Mason and his wife Evelyn. She is survived by her son and daughter-in-law, Mike and Debbie Mason of Granger, daughters Pat Sudduth of Spring and Kay Mason of Henderson; by grandchildren Amber Mason, Jay and Meredith Mason, Jack Mason, Erin and Colin Flynn, and Kacy and Guthrie Jones; by four great grandchildren Hazel Rose Jones, Emory James Flynn, Stella Blue Jones and William Osborne Mason; by brother-in-law Ed Mason and his wife Bobbie; nieces and nephew Cyndy Willard, Jimmy Barry and his wife Kay, Marla Schmidt and her husband Tom, and Marilyn Mason; by many special great and great-great nieces and nephews; and by special cousins Jadean Roberts, Gena Cannon and Dick Whitaker. JoAnne moved with her family to Henderson during the oil boom when she was in first grade. She attended Henderson schools, graduating in 1946. She graduated from North Texas and began her teaching career in Hawkins, Texas where she met the love of her life, the young coach, James Mason. They were married April 6, 1950 and enjoyed 65 wonderful years of marriage, full of adventures and a life of service to others. JoAnne loved learning! She earned a Master’s Degree at Stephen F. Austin and always looked for innovative ways to grow as a teacher. JoAnne’s long career in education included teaching High School English, Fourth Grade, Language Arts Supervisor, Reading Specialist, and Early Childhood/Special Education Director at the Region VII Educational Service Center. She was dearly loved by all her students and co-workers. JoAnne lived a life of faith, and was active in Baptist churches wherever she lived, singing in the choir, teaching children, youth and adult ladies’ Sunday School. She was involved in Bible studies, missions, Women in the Word, and a widow’s group. She also served as the First Baptist Church librarian for many years. Wherever JoAnne served she brought love, joy and laughter. JoAnne was also active in many local organizations, including long time member of Delta Kappa Gamma, Henderson Alumni Association, Retired Teachers of Rusk County, the Forum and Women’s Club. She loved games and played Bridge, Mah Jong and 42 with several groups. She especially enjoyed playing Pinochle and Canasta with her children and grandchildren! When the dishes were cleared it was time to play, with games often going until bedtime. She also loved sewing, making many Halloween costumes for grandchildren, knitting, needlepoint, daily crossword puzzles and playing hostess for friend and family gatherings. JoAnne’s zest for life, welcoming spirit and her love for others will be greatly missed by her family and a multitude of friends. A public viewing for Mrs. Mason will be held from 8:00am-5:00pm on Wednesday, August 12, 2020, at Crawford-A. Crim Funeral Home in Henderson. A private burial for family will be held at Lakewood Memorial Park officiated by her nephew, Jimmy Barry to celebrate her life and her love for the Lord, under the direction of Crawford-A. Crim Funeral Home. In lieu of flowers, memorial donations may be made to First Baptist Church, Henderson at 207 W. Main St., Henderson, TX 75654, or to the Henderson ISD Alumni Foundation at PO Box 728, Henderson, TX 75653. A special thanks to the wonderful caring staff at Brookdale Henderson and for the prayers and cards from her precious friends during this time. Words of comfort may be shared with the family at www.crawfordacrim.com.

JoAnne Cannon Mason, 91, was born December 16, 1928 in Mineral Wells, Texas. She passed away August 11, 2020 in Brookdale of Henderson. She was preceded in death by her parents, Gause and Kathleen Cannon; by her loving husband, James Mason;... View Obituary & Service Information

The family of Mrs. JoAnne Cannon Mason created this Life Tributes page to make it easy to share your memories.