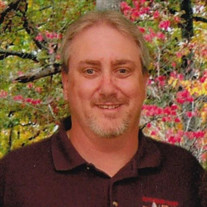 Funeral services for Mr. Jim White, 62, of Henderson, will be held at 10:00 a.m. on Monday, May 16, 2022, in the chapel at Crawford-A. Crim Funeral Home with Chaplain Bobby Davila officiating. Interment will follow at Lakewood Memorial Park under the direction of Crawford-A. Crim Funeral Home. The family will receive friends from 5-7 p.m. on Sunday, May 15, at the funeral home. Known to most as Jim, Mr. Jim, Captain Crazy, Yank to a few and Jimmy to a special few, James Barton White, age 62, was born on November 4, 1959 in Baltimore, Maryland to Robert Barton and Jean Dunn White. He passed away on May 11, 2022 at UT Health in Tyler, TX. Growing up in Baltimore, he enjoyed scouting with camping trips and visits to Fort McHenry with his dad, along with attending Baltimore Oriole games. The family moved to Rome, N.Y. where he graduated from Rome Free Academy in 1977. Another move took him to Scottsboro, Alabama where he went to work for the Daily Sentinel newspaper. In 1982, he moved to Henderson, TX to work at the Sentinel’s sister paper – the Henderson Daily News as a press operator. This is where he met Ramona Brightwell and they were married on May 21, 1983. Jim’s father-in-law got him interested in the Henderson Rescue Unit and he received the VFW Outstanding award in 1990. He also got his scuba diving certificate and became a rescue diver. He joined the Volunteer Fire Department in 1987 and then became a paid Firefighter in 1989. During his time on the department, he was awarded the VFW Outstanding award in 1994 and 2003; the Henderson’s Best Firefighter in 2001 and 2003; and the Rotary Club Firefighter of the year in 2002. He also attended the National Fire Academy in Emmitsburg, Maryland 3 years, being the first person from Henderson to attend. He also got his EMT certification. Jim retired as the C shift captain in 2009 after 20 years of service. Soon after he became the Assistant Director of the Rusk County Depot Museum. In 2015, he retired again. During the days off, he worked for Crime Stoppers and became a published author with a story about the Battleship N.Dakota in Sea Classics magazine. Jim was a member of the First United Methodist Church and worked for the FUMC Pre-school for several years. He came to be known as Mr. Jim to the kids and parents. He even had one little girl that brought him a KitKat every time. He became a volunteer on the Battleship Texas serving as Officer of the Deck for the Youth Educational Program. Jim was a proud member of the General Society of Mayflower Descendants having descended from John Howland. He is also a member of the Sons of the American Revolution. Jim enjoyed so many things like spending time with family, four wheeling, snowmobiling, scuba diving, traveling, Clive Cussler books, building models and Legos, collecting R2D2 stuff, trains (he bought his own caboose), space, movies, photography, pen turning, his husky fur babies (Dakoda and Shasta), genealogy, storm tracking, gummy bears, tasty cakes, mallow cups, MASH, House and Monty Python. But most of all he loved being a firefighter. In addition to his parents, he was preceded in death by his in-laws, Ralph and Peggy Brightwell. He is survived by his wife, Ramona; his daughter, Corey Denison (Chris) and grandchildren, Jamey, Nathan, and Leynee Denison, all of Henderson; a son, Chris White and family of Tyler; a sister, Donna Berger (Bill) of Madison, Alabama and a brother-in-law, Tony Brightwell of Ft. Worth; a nephew, niece, and great-niece and cousins. The family would like to thank Dr. Robert Droder and the staff of UT Health Hope Cancer in Tyler, Chris Williams PA of Tyler Internal Medicine Associates and Dr. Roger Sessions of UT Health East Texas Physicians for the excellent care given over the past 8 plus years. Pallbearers will be members of the Henderson Fire Department. If you wish, please make donations to the Henderson Interchurch Ministry at 769 State Hwy 64, Henderson, TX 75652, of the charity of your choice. Words of comfort may be shared with the family at www.crawfordacrim.com.

Funeral services for Mr. Jim White, 62, of Henderson, will be held at 10:00 a.m. on Monday, May 16, 2022, in the chapel at Crawford-A. Crim Funeral Home with Chaplain Bobby Davila officiating. Interment will follow at Lakewood Memorial Park... View Obituary & Service Information

The family of Mr. Jim White created this Life Tributes page to make it easy to share your memories.

Funeral services for Mr. Jim White, 62, of Henderson, will be...