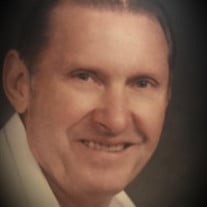 Funeral services for Mr. Jess “Junior" (JJ) Bazar, 91, of Henderson, will be held Thursday, March 7, 2019, at 2 PM in the chapel of Crawford-A. Crim Funeral Home with Dr. John Cunyus officiating. Interment will be in Lakewood Memorial Park under the direction of Crawford-A. Crim Funeral Home in Henderson. Family will receive friends from 1:00 to 2:00 PM immediately preceding the service at the funeral home. Junior Bazar was born on November 30, 1927, in Tabler, Oklahoma, to Jess and Edna Bazar and died on Monday, March 4, 2019, at Brookdale Assisted Living. He grew up in Oklahoma, and married Dorotha (Allen) Bazar in 1948. They moved to Henderson in 1955 to begin the family business of White's Auto Store, eventually Western Auto, in downtown Henderson. Mr. Bazar was a dedicated husband, father, grandfather, and entrepreneur. He was an active business owner until his declining health. He worked hard to build a thriving business that both served his community and provided for his family. His strong character and work ethic made him a good businessman. In his younger years, he could be found at the horse races, enjoying oysters at Johnny Cace's Restaurant or working in his yard keeping it tidy and groomed all year long. Mr. Bazar was a member of First Christian Church of Henderson, where he served as an Elder Emeritus. He served as a member of the Kiwanis Club as well as a member of the Henderson ISD school board. Mr. Bazar was preceded in death by: parents, Jess & Edna Bazar, wife, Dorotha, and an infant daughter. Survivors include: daughters, Vicki Johnson (Chester) of Henderson, Sharon Spoon (Rick) of Henderson, Robin Yeager (Mike) of Houston & Dawn Carnline (Marty) of New Caney; grandchildren, Corey Spoon (Taylor) of Henderson, Casi Dickerson (Sean) of Henderson, Emily Shores of Houston, Courtney Ashmore (Casey) of Henderson, Matthew Yeager of Washington DC, Dane Johnson (Jennifer) of Oklahoma City, Christie Tomplait (Bryan) Lindale, Clint Carnline (Darlene) of Conroe, and Chisa Sherlock (Jesse) of New Caney, & 19 great-grandchildren. Pallbearers will be his son-in-laws and grandsons. The family wishes to say a word of special thanks to Brookdale Assisted Living for their years of care and patience. In lieu of flowers, memorials may be made to First Christian Church, 306 North Main, Henderson, Texas, 75652. Words of comfort may be shared with the family at www.crawfordacrim.com.

Funeral services for Mr. Jess &#8220;Junior" (JJ) Bazar, 91, of Henderson, will be held Thursday, March 7, 2019, at 2 PM in the chapel of Crawford-A. Crim Funeral Home with Dr. John Cunyus officiating. Interment will be in Lakewood Memorial... View Obituary & Service Information

The family of Mr. Jess "Junior" (JJ) Bazar created this Life Tributes page to make it easy to share your memories.