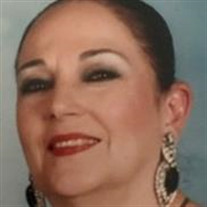 Jean Matthews Ballenger, 92, of Henderson passed away on Sunday, June 9, 2019 at Azalea Place in Henderson. A visitation will be held from 2-3 pm Saturday, June 15, 2019 at Crawford-A Crim Funeral Home in Henderson. Private family graveside services will be held at Lakewood Memorial Park in Henderson with Rev. David Luckert of First United Methodist Church of Henderson presiding. Interment will follow under the direction of Crawford-A. Crim Funeral Home. Jean was born July 10, 1926 in Henderson, to Lawson and Lola Mae (Gray) Matthews and was a lifelong resident of Henderson. She graduated from Henderson High School and attended Texas State College for Women in Denton. After college, she returned to Henderson and began working at KGRI Radio where she had the honor of working with the hall of fame singer “Gentleman Jim” Reeves. During this period, she competed in local beauty pageants and was crowned the first “Miss Rusk County”. Soon after, Jean met the love of her life Max Ballenger. When they met, Max was standing on the corner of the Henderson Square in his officer’s uniform after returning home from serving as a Marine Corps Captain in the Pacific in WWII. They were married on September 10, 1949 and celebrated 59 wonderful years together until his passing in 2009. They truly lived their lives with the values held dear by the “Greatest Generation”. Jean was a dedicated wife and mother of two daughters. She enthusiastically decorated, made costumes and volunteered at their schools for many years. As a member of the Garden Club of Henderson, she won many awards for her lovely floral arrangements. She was also a member of the Henderson Women’s Forum, the Renaissance Club and the Varied Arts Club. She spent many hours creating lovely decorations for special events held by these clubs. She was a talented seamstress and enjoyed painting as well. She also modeled through the years for several ladies shops in East Texas. Her life was devoted to family, friends and community. Jean was a lifelong Methodist and felt God's love through the beauty of nature and animals, had heartfelt compassion for others and instilled these beliefs in her children. She loved to travel, especially on cruise ships, spending time at the beach as well as fishing in the creeks and lakes of East Texas. Always comfortable with her East Texas roots, she lived her life with a dignified yet down to earth outgoing personality and a lively sense of humor. She was preceded in death by her husband Max, her parents, her sister Patsy Farley and her husband Travis of Henderson. Survivors include: daughters Babs Kersh and her husband Randy of Henderson, Beth Welch and her husband Greg of Kingwood, grandchildren Clayton Kersh and his wife Kacy of Henderson, Kelli Rasberry and her husband Darrell of Henderson, Max and Loren Welch of Kingwood, great granddaughters Kinsey and Karley Kersh of Henderson and Baleigh Rasberry of Henderson, nephew Matt Farley and family of Henderson. Also included are brother-in-law Dan Ballenger of Kilgore and a host of cousins nieces and nephews. Serving as pallbearers will be Randy Kersh, Greg Welch, Clayton Kersh, Max Welch, Darrell Rasberry and Matt Farley. The family would like to express their sincere appreciation to the staff of Azalea Place of Henderson where she has received loving and compassionate care. Also, special thanks to Angel Care Hospice of Henderson and the many caregivers that have been with her through the years. If desired, donations can be made to the First United Methodist Church of Henderson at 204 N. Marshall, Henderson, TX 75652, the Rusk-Panola Children’s Advocacy Center at PO Box 1271, Henderson, TX 75653 or the SPCA of East Texas at 4517 Old Bullard Rd, Tyler, TX 75703. Words of comfort may be shared with the family at www.crawfordacrim.com.

The family of Mrs. Jean Ballenger created this Life Tributes page to make it easy to share your memories.

Jean Matthews Ballenger, 92, of Henderson passed away on Sunday,...