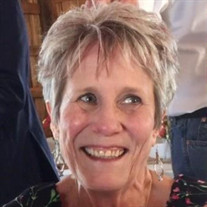 Janette “Jan” Pumphrey Mims, 73, of Henderson passed from this life on August 29, 2020 at UT Health in Tyler. She was born in Phoenix, Arizona to Ray and Melba Pumphrey. She married her husband, Jacob Mims, on March 2, 1969, and spent 51 years with him. They had two sons, Jason and David. She is survived by her husband, sons Jason and his wife Tasha, and David and his wife Kristi. She is also survived by her 4 grandchildren, Keelie Stauffer and her husband, Lane, Keaton Mims and his fiancé Brianne, Braden Mims, and Brynlee Mims. She was also blessed with one great-grandson, Kelton Stauffer, this past year. Jan is also survived by a sister, Jo Karr Tedder and her husband Steve, a brother Jay Pumphrey and his wife Cynthia, a “sister” Madonna Pumphrey, and many nieces and nephews. She is preceded in death by both of her parents, and her brother Jim Pumphrey. Jan had a heart larger than life. She never met a stranger and could strike up a conversation with anyone. Jan adored children and was known by many as Mimi! She was a member of the First Presbyterian Church. Visitation will be at Crawford-A. Crim Funeral Home on Friday, September 4, 2020 from 5-7 p.m. The family will have a private celebration of life at a later time. Words of comfort may be shared with the family at www.crawfordacrim.com.

The family of Mrs. Jan Mims created this Life Tributes page to make it easy to share your memories.

Janette “Jan” Pumphrey Mims, 73, of Henderson passed from this...