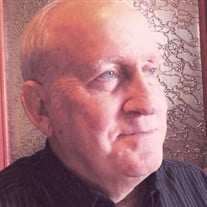 James Wesley Smith Webb of Allen, TX, was born on March 3, 1947 in Gladewater, TX to parents John R. Webb Sr. and Bessie Leah Greer. James passed away on March 13, 2018 at age 71 surrounded by his loving family at Presbyterian Hospital in Plano, TX. Throughout his life, James expressed and practiced faith in the Lord Jesus Christ our Savior, in pursuit of the greatest of glories, to join the angels of heaven through salvation and faith in Christ our Lord. He is survived by: his three daughters Danielle Croteau, Ashere Chait, and Elizabeth Mendoza, and their husbands Craig Croteau, Jason Chait, and Al Mendoza; five grandchildren, Joshua Croteau, Amanda Croteau, Kyla Warner, Ella Chait, and Eli Chait; loving brother John R. Webb, Jr. and sister Judy Torres Davy, along with their spouses Henni Webb and Dwight Davy; nieces and nephews Kim Lopez, Wes McGuire, Lane Torres, Kyle Torres, and Angeleena Zacho; and Patricia Zacho, with whom he had spent the last 26 years of his life. He retired from his work in Computer Programming that concluded a dedicated career working for several leading organizations in both Texas and California. James was often exploring new areas of interest and had a passion for learning. Blessed with the gift of song from birth, his richly gifted voice could be heard at every church he attended throughout his life. He was a vital part of the Spring Valley Bible Church in Dallas, TX, singing solos, leading the congregation in song, and working closely with his Pastor Herman Mattox, Th.M., to preserve the messages prepared and delivered at the church. With a foundation of deep love for and devotion to the Lord, James had a smile that warmed the heart of family and friends with each encounter. He will be remembered for his kindness and love that he shared without hesitation to those in need. He blessed those around him with his quick wit and humor every day of his life. From his early days in East Texas, he loved the idea of family and often visited his many uncles and aunts across the state with his father, John R. Webb, Sr. In his later years, James ensured the documentation and preservation of the family history of which he was proud and honored to be a part of. Ever the adventurer, he dreamed of one day visiting the South Pole and China, but called Texas his home. James will be greatly missed by his friends and family, who rest in the sure knowledge that James is absent from the body and face-to-face with the Lord, and who rejoice in the unspeakable gifts freely bestowed upon all who believe in the work and name of Jesus Christ. Graveside services will be at 2:00 p.m., Saturday, March 17, 2018 at Shiloh Cemetery with Pastor Herman Mattox, Th.M. officiating. Interment will follow under the direction of Crawford - A. Crim Funeral Home of Henderson. Words of comfort may be shared with the family at www.crawfordacrim.com.

The family of Mr. James Wesley Smith Webb created this Life Tributes page to make it easy to share your memories.