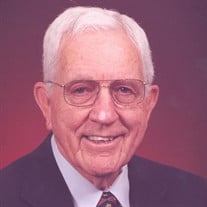 Services for James M. Mason, 92, of Henderson, Texas, will be held at First Baptist Church on Friday, November 20, 2015, at 10:00 a.m. with Dr. David Higgs officiating. Mr. Mason was born on September 19, 1923 in Price, Texas to Will and Nancy Mason. He passed away on Tuesday, November 17th at Henderson Health and Rehab. Upon graduation from Carlisle High School in 1941, he joined the U.S. Navy, and served in the South Pacific from 1943-1946. When he returned from the war he attended Stephen F. Austin University where he played football and lettered in golf and received his bachelor’s and master's degree. He was then hired as a coach in Hawkins ISD. There he met and married the love of his life, JoAnne Cannon, who was the high school English teacher, in 1950. In 1952 James and JoAnne moved to Henderson, where he had a successful career coaching football and baseball, winning several regional championships. He became the first principal of Chamberlain Elementary School and was later promoted to Montgomery Elementary School. He also served Henderson ISD as assistant superintendent in charge of curriculum and instruction. In 1973 Mr. Mason moved to Hawkins, Tx., where he served as superintendent of schools. He ended his career in education as assistant superintendent of Hallsville ISD. He retired after serving 33 years in education in 1980. After retiring Mr. Mason opened an independent insurance agency, working out of his home office in Hallsville and Henderson until 2009. For many years James was active in civic and community service in the Optimist Club of Henderson, Chamber of Commerce of Rusk County, Rotary Club of Hawkins, and Lion’s Club of Hallsville. He was also an active member of Baptist churches wherever he lived. He was ordained a deacon in 1953 and taught Sunday School at First Baptist Church of Henderson until 2010. He was on the Board of Trustees at East Texas Baptist University and served on the executive board of the Baptist General Convention of Texas. James was an avid golfer and enjoyed his daily golf games at Cherokee and Henderson Country Clubs. He is survived by his wife, JoAnne of Henderson, son Mike and his wife Debbie of Granger, Tx., his daughter, Pat Sudduth, of Spring, Tx, his daughter, Kay of Henderson, 5 grandchildren, Amber Mason, Jay Mason, Jack Mason, Erin Sudduth, Kacy Sudduth; his brother, Ed and wife Bobbie of Lufkin, sisters-in-law, Dorothy Barry and Evelyn Mason of Henderson, and several nieces and nephews. Visitation will be held at Crawford A. Crim Funeral Home of Henderson on Thursday, November 19, 2015, from 5:00-7:00 p.m. In lieu of flowers donations may be made to the First Baptist Church of Henderson Children’s Building Fund at 207 W. Main St., Henderson, TX 75652, or to the HISD Education Foundation at 200 N. High St., Henderson, TX 75652. A special thanks to the wonderful caring nurses of Heartsway Hospice of Carthage and to the many dear friends for their prayers, cards, calls and visits during Mr. Mason’s lengthy illness. Honorary pallbearers will be Dalton Jones, Richard Smith, Mart Hooper, Herman Bell, Dallas Woods, Lee Hensley, Joe White, Johnny Newton, John Woods, Charles Kinard, Mario Cavazos, William Ashby, Guy Whitaker, Buddy Vinson, Gene Legg, and Gene Smith. Words of comfort may be shared with the family at www.crawfordacrim.com.

The family of Mr. James Mason created this Life Tributes page to make it easy to share your memories.