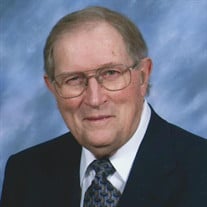 James Harold Mann was born on June 12, 1925, in Hemphill, Sabine County, Texas, the eldest son of Joseph Bailey Mann and Easter Matthews Mann. In elementary school in Beaumont, he won the City Marble Championship sponsored by the Beaumont Enterprise newspaper, and was quite proud of the medal he received. He attended high school in Colmesneil, Texas, where he was an Eagle Scout, and lettered in basketball, tennis, and baseball. In his late teens, he and some friends traveled to Beaumont to the home of the “Beaumont Exporters,” a Yankees farm team, to try out for the Yankees. Afterward, the scout told him that he was a “pretty good ball player,” but would “probably better stay in school.” He was third highest in his 1942 graduating class, and attended Texas A&M for one year before joining the U.S. Navy in 1943 and serving as a Navy Hospital Corpsman until 1946. Upon his discharge after World War II, he continued his education at Sam Houston State University, receiving both B.S. and B.A. degrees in 1949. He was a member of the tennis team and excelled academically, and there met the love of his life, Kathryn Tice Blankenship, who was an art professor at Sam Houston at that time. He was accepted at Baylor Medical School in Houston, remaining in the top 1/3 of his class even though “courting.” Jim and Kathryn were married at Little Chapel of the Woods on the TSCW (now TWU) campus on August 10, 1952, and lived in Houston during the final year of medical school, then moved to Fort Worth for his Internship and Residency at City County Hospital (John Peter Smith Hospital) 1953-1955. In autumn of 1955, the Manns moved to Henderson, where Dr. Mann practiced medicine until his retirement in 1989. He served at Henderson Memorial Hospital until 1988, with three stints as Chief of Staff, as well as 33 years on the Hospital Board, membership on several committees, and chairing the Hospital Foundation for three years. He never considered his patients to be just diseases or conditions, but saw them as human beings and friends, and treated them accordingly. Dr. Mann became a member of First United Methodist Church soon after moving to Henderson in 1955. At various times, he served as Chairman of the Board, as a Trustee, on various committees, and was a delegate to Texas Conference four times. He remained a faithful servant as long as he was able, and a loyal supporter until his death. He loved athletics, especially the Henderson Lions, and could always be found on the sidelines, cheering them on. He served as team doctor for the Carlisle Indians during his early years in Henderson, then served in as team doctor for 15 years for the Lions. He was also active in the HISD Foundation for several years, and was keenly interested in any activity involving his children and grandchildren. After retirement, he and Kathryn traveled extensively and collected many unique and interesting mementos. He was a tireless and dedicated visitor to hospital and nursing home patients and continued to be “on call” for questions and help at any time. He always loved and appreciated his Lord, his family, and his friends, and said, “I have been lucky all my life.” “ Be ashamed to die before you have achieved one victory for humanity” was a motto he loved and lived by in his life. Besides his parents, he was preceded in death by his sister-in-law, Carolyn Lee. Survivors include his wife of almost 68 years, Kathryn Tice Mann; two sons, James Mark Mann and wife, Debbie, of Henderson, and Kurt Tice Mann and fiancé Michelle Romero of Dallas; five grandchildren: Rex (wife Kylee), Russell (wife Kayla), Meredith and fiancé Shawn Reddy, and William Mann, and Kathryn Marie Mann; five great-grandchildren: Malley, Macy, Mark, Presley and Berkley Mann; two brothers, Bobby Mann of Lufkin and Herbert Mann and wife Barbara of Lake Charles, Louisiana; two brothers-in-law: Jimmy Tom Blankenship (wife Susie) of Dallas, and Charles Lee of Silsbee; nephews Bert Mann Jr. of Charleston South Carolina and Tom Blankenship of Dallas; nieces: Melinda Smith and husband Donald of Beaumont , and Olivia Wilkins and husband Andy of Plano, Carol Lynn Strouf and husband Dan of Beaumont, Carolyn Tice Coleman husband Jeff of Dallas, and Jane Kreke and husband Henning of Hagen, Germany; numerous great-nieces and great-nephews, cousins, and many, many friends. Also special recognition to the sitters that helped Dr. Mann and continue to help Kathryn Mann in their older years - Archie Whitaker and Irma Reedy both of Henderson. Memorials may be made to the First United Church of Henderson, 204 North Marshall, Henderson, Tx 75652, or the Henderson ISD Education Foundation, P.O. Box 728, Henderson, Tx 75653, or to a charity of your choice. A private family graveside will be held at 11 a.m., Tuesday, August 11, 2020. The family invites you to a remote meeting on a device of choice via the Zoom app on your PC, Mac, iOS or Android: https://remotecounsel.com/zoom/meeting/MTA3NTg4 Phone: 646-568-7788 Meeting ID: 469-0155-820 Starts 08/11/2020 at 10:30 AM CDT Ends 08/11/2020 at 12:30 PM CDT Please download Zoom upon receipt of this invitation. If you have not installed Zoom previously, clicking the link will prompt you to install, then launch Zoom. If you've attended a Zoom event before, it will simply launch Zoom. You may call Glenda Derveloy at 903-646-2374 if you need help. My assistant Lorie, 903-646-8681, will also be available. You will join as a "PARTICIPANT". It will be best if you join "WITHOUT VIDEO". Please remain 'MUTED" so that we cannot hear you on the recording or at the service. You may contact me anytime before the service starts at my cell above or [email protected]

The family of Dr. James H. Mann created this Life Tributes page to make it easy to share your memories.