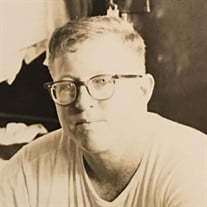 Mr. Fred Ballard, 74, of Oak Flat, passed from this life on April 2, 2021, at his residence. He was born December 2, 1946, in Sulphur Springs, Texas to the late Lorenzo “Red” and Addie Belle (Prock) Ballard. Fred was raised in Eloy, Arizona where he graduated from High School and went on to attend Eastern Arizona College before earning a full athletic scholarship to Arizona State University where he played football and baseball. His education was put on hold to serve in the United States Marine Corps where he served two tours in Vietnam. After his honorable service, Fred returned to Arizona and finished his education with a Bachelor’s degree in Education and a Mater’s degree in Criminal Justice. Mr. Ballard went on to a long career with the Arizona Department of Corrections and eventually rose to the position of Warden. He also ran the first halfway houses in the state of Arizona. After his retirement, Fred was contacted by private prison company G.E.O., who requested he restructure jails/prisons in Texas and Illinois. During his life, he was also a truant officer, a teacher and coach in the public school system. Mr. Ballard was a member, and attended, the Church of God in Christ in Mt. Enterprise. In addition to his parents, he was preceded in death by an infant grandson; brother, Bill Ballard; and sister, Mary Butler. Survivors include his wife, Carlene Ballard of Oak Flat; children, Rhea Ballard and fiancé Ricky Laun of Oak Flat, Michael Larson and wife Cristina of Eugene, Oregon, Paula Ballard of Dover, Delaware, Brandon Ballard of Oak Flat, Nathanael Ballard of Arizona, Pamela Ditsch and husband Chad of Kansas, and Megan Ballard of Oak Flat; brothers, Bobby Ballard of Carthage, Hank Ballard of Arizona, and Jim Ballard of Georgia; sisters, Helen Thompson and Shirley Tinker, both of Ft. Worth; grandchildren, Alexis Marshall-Miller, Ashton Ballard, Brett Ditsch, Isabella Ballard, Makenzie Banks, Kaylee Ditsch, Teaguen Larson, Zander Ballard, Keetin Horner-Laun, Vanessa Ditsch, Ariza Ballard, Ezra Larson, and Ariz Ballard; as well as a host of nieces, nephews, other family, and many friends. Words of comfort may be shared with the family at www.crawfordacrim.com.

The family of Mr. Fred Ballard created this Life Tributes page to make it easy to share your memories.