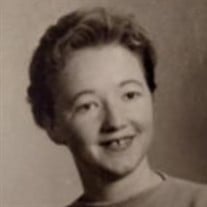 Funeral services for Mrs. Eveldean Clay, 82, of Laneville, will be held at 10:00 a.m. on Thursday, June 25, 2020, in the chapel at Crawford-A. Crim Funeral Home with Dr. David Higgs and Rev. Don Edmiston officiating. Interment will follow at Walkers Chapel Cemetery under the direction of Crawford-A. Crim Funeral Home. The family will receive friends from 5-7 p.m. on Wednesday, June 24, at the funeral home. Mrs. Clay passed from this life on June 21, 2020, at Briarcliff Health Center in Tyler. She was born November 18, 1937, in Reklaw to the late Stebert and Alma (Woodard) House. Her family moved to Arizona and she graduated from Coolidge High School. They then moved back to Rusk and she eventually moved to Houston, where she worked for the Federal Reserve. She attended Greenwood Village Baptist Church, where she met her beloved, Jesse Clay. They married in 1958. Jesse was in the Air Force, stationed in San Antonio. There she gave birth to their son, Mark, who cost $5.25! Later, two little girls joined the family - Janet, and then later, Shelia. After Jesse was discharged they moved back to Henderson, where Dean worked as a proof operator for Citizens National Bank, and then People's State Bank. Jesse and Dean bought 100 acres, built a home, and moved to the country. This is where she was the happiest. She loved being outside in the yard to garden or cut firewood with Jesse. She later became a Master Gardener, and also ran parts for Jesse. She learned to do ceramics and crochet big floor rugs, and did many other crafts. She always enjoyed her four precious grandchildren, Caity, Matt, Clay, and Shelby. In 2008 she was diagnosed with Alzheimer's, which slowly robbed her of the ability to care for herself. In 2013 she entered a nursing home, where she has been ever since, until her death. Her family will miss her dearly, but we know that she has the biggest flower garden in heaven with no more pain! In addition to her parents, she was preceded in death by her brother, Bobby M. House. Survivors include her husband, Jesse Clay of Laneville; son, Mark Clay of Tyler; daughters, Janet Staples of Kyle, and Sheila Dunphy of Dallas; sister, Evelyn Irby of Rusk; four grandchildren, Caitlyn Dunphy, Matthew Dunphy, Clay Staples, and Shelby Staples; and a host of nieces, nephews, other family, and friends. Pallbearers will be Clay Staples, Jonathon Rutledge, Jeremy House, Landon Clay House, Josh Tarr, Caleb Tarr, and Blaine Slaughter. Honorary pallbearers will be the Volunteer Christian Builders of First Baptist Church. Words of comfort may be shared with the family at www.crawfordacrim.com.

Funeral services for Mrs. Eveldean Clay, 82, of Laneville, will be held at 10:00 a.m. on Thursday, June 25, 2020, in the chapel at Crawford-A. Crim Funeral Home with Dr. David Higgs and Rev. Don Edmiston officiating. Interment will follow at... View Obituary & Service Information

The family of Mrs. Eveldean Clay created this Life Tributes page to make it easy to share your memories.

Funeral services for Mrs. Eveldean Clay, 82, of Laneville, will...