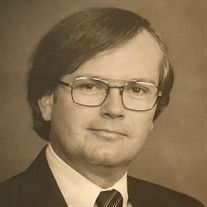 Graveside services for Mr. Donald Lee Hooks, 78, of Northport, Alabama will be held at 11:00 a.m., on Saturday, December 11, 2021 at Lakewood Memorial Park with Robert Frye officiating. Donald Lee Hooks passed away at his home in Northport, Alabama on November 26, 2021, at the age of 78. Donald was born on April 12, 1943 in New Martinsville, West Virginia to Donald and Frankie Hooks. The Hooks family subsequently moved to Henderson in 1947. In his youth, Donald was an amateur photographer and enjoyed building and launching small rockets with friends. He was also active in Boy Scouts, earning the rank of Eagle Scout. Donald graduated from Henderson High School in 1961. He then attended Kilgore College, earning an Associate of Science degree in Engineering in 1963, followed by a Bachelor of Arts degree in economics in 1966 and the Doctor of Philosophy degree in economics in 1971, both from Texas A&M University. While a graduate student at Texas A&M, Donald was a research assistant for the Texas Transportation Institute, 1966-1970, and then a research associate in the Department of Agricultural Economics in 1971. He became a member of Omicron Delta Epsilon, the Economics Honor Society. In 1971 Donald joined the faculty of the University of Alabama and remained teaching at the university for 30 years, first as an Assistant Professor of Economics, and then as an Associate Professor of Economics and Director of Graduate Studies. During his tenure at the University, he taught courses in economics; published and presented his research in conference papers, journals, and book chapters, and a monograph; and was active in professional organizations. Donald was not only a scholar, but he also enjoyed fine wines and good food. He especially enjoyed visiting the wineries in California. Donald was forced to stop teaching after suffering a stroke, but he continued his interest in economics and the stock market as long as he was able. He was preceded in death by his parents, Donald and Frankie Hooks. Left to honor Donald is his brother, Michael Hooks of Henderson, and several cousins. Donald was cared for by his primary caregiver Sandra Klicker for ten years. She was later joined by Kim Wenth, Tiffany Whately, Jessica Green, Janice Hodge, and Diane Upton. They all provided excellent care and support. In his final days, Donald was in home hospice care provided by Comfort Care Hospice of Tuscaloosa, Alabama. Words of comfort may be shared with the family at www.crawfordacrim.com.

Graveside services for Mr. Donald Lee Hooks, 78, of Northport, Alabama will be held at 11:00 a.m., on Saturday, December 11, 2021 at Lakewood Memorial Park with Robert Frye officiating. Donald Lee Hooks passed away at his home in Northport,... View Obituary & Service Information

The family of Mr. Donald Lee Hooks created this Life Tributes page to make it easy to share your memories.