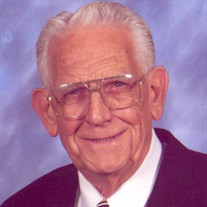 Don Alwyn Deason, age 92, a lifelong resident of Henderson, Texas, died in Longview, Texas on November 12, 2018 at Longview Regional Hospital. Don was born on August 11, 1926 in Henderson, Texas to his parents, Daniel Forrest Deason and Bennie West Deason and grew up on South Street in Henderson. He graduated from Henderson High School in 1944 and attended college at the University of Texas until he joined the Merchant Marines in 1945 during World War II; next, he attended Kilgore Junior College, and finished his formal education at Baylor University in 1951 with a B.B.A. degree. Next, Don attended Officer Candidate School, served in the Army and was discharged in 1953 with the rank of First Lieutenant. On September 20, 1958, Don and Dorothy Warren were united in marriage. Don and Dorothy continued to live in Henderson where they chose to rear their two children. They always loved Henderson, and he was active in many organizations in the city. He has served as president of the Henderson Jaycees, vice-president of the Optimist Club, and chairman of the East Texas American Heart Association. He also served as a Boy Scout leader and an assistant coach for Little League Baseball. Of course, church played a major role in the Deason family life, and they were long-time members of the First United Methodist Church. Don is predeceased by his mother and father, Daniel Forrest and Bennie West Deason; and a sister, Mary Street. He is survived by his wife, Dorothy and his two children: Donna Woodward, his daughter, and Dana and Tandy Deason, his son and daughter-in-law. Also surviving him are his four grandchildren: Alex Woodward, Lauren Woodward, Danielle and Caroline Deason. His sister, Hazel Carroll, is among those left to mourn his passing. A Celebration of Life Service is to be held on Friday, November 16, 2018, at First United Methodist Church in Henderson at 2:00 P.M. with Rev. David Luckert officiating under the direction of Crawford-A. Crim Funeral Home. Honorary Pallbearers will be Gene Smith, Jerry King, Dodd Dorsey, David Alford, Jim Hamblen, Billy Ray Black, and Rusty Phenix. Visitation will be on Thursday, November 15, 2018, from 5:30 to 7:30 P.M. at Crawford-A. Crim Funeral Home in Henderson. Words of comfort may be shared with the family at www.crawfordacrim.com.

The family of Mr. Don Deason created this Life Tributes page to make it easy to share your memories.