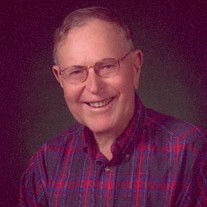 Funeral services for Mr. Delbert Hamilton, 89, of Price, will be at 2:00 p.m., Wednesday, May 31, 2017 at Martin's Chapel Church of the Nazarene in the Concord community near Troup with Rev. David Baker and Rev. Andy Cox officiating. Interment will follow at Concord Cemetery in Cherokee County under the direction of Crawford-A. Crim Funeral Home of Henderson. Visitation will be from 6-8 p.m., Tuesday, May 30, 2017 at the funeral home. Mr. Hamilton passed away Saturday, May 27, 2017 at Hospice of East Texas in Tyler. He was born Aug. 1, 1927 in Troup to the late Joe and Maud Hamilton. Delbert served his country in the US Army during WWII. He retired after working 38 years as a chemical operator at Texas Eastman. He was actively involved in the community, serving on various boards, and served twenty years on the Carlisle Volunteer Fire Department. He was a member of Martin's Chapel Church of the Nazarene. In addition to his parents, he was preceded in death by his wife, Maxine Hamilton; son, Stephen Ray Hamilton; four brothers and four sisters. Survivors include: his children, Sharon Hamilton of Tyler, Cindy Saddler and husband Scott of Tyler, and Paul Hamilton and wife Becky of the Concord community; brothers and sisters, Logan Hamilton and wife Lucille of Tyler, Ruby Kee of the Concord community, James "Junior" Hamilton and wife Ann of Troup, Lilly Mahaffey and husband Dewayne of Henderson, and Betty Martin and husband Tim of the Concord community; six grandchildren, Eran Saddler, Lauren Saddler, Michael Loosier and wife Morgan, Misti Owens and husband Andrew, Hannah Brightwell and husband Zach, and Savannah Hamilton; five great-grandchildren, Brayden Loosier, Abigail Loosier, Isabelle Owens, Sophia Owens, and Remington Brightwell; and a host of nieces and nephews. Pallbearers will be Zachary Brightwell, Michael Loosier, Tom Osteen, Andrew Owens, Jim Ramsey, and J.D. Thomas. Honorary pallbearers will be Brayden Loosier and Eran Saddler. Memorials may be made to the Martin's Chapel Church of the Nazarene Parsonage Fund, 569 Co Rd 4610, Troup, TX 75789. Condolences may be made online at www.crawfordacrim.com.

Funeral services for Mr. Delbert Hamilton, 89, of Price, will be at 2:00 p.m., Wednesday, May 31, 2017 at Martin's Chapel Church of the Nazarene in the Concord community near Troup with Rev. David Baker and Rev. Andy Cox officiating. Interment... View Obituary & Service Information

The family of Mr. Delbert Hamilton created this Life Tributes page to make it easy to share your memories.

Funeral services for Mr. Delbert Hamilton, 89, of Price, will...