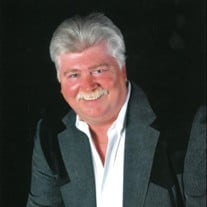 Mr. Delbert “Del” Smith Jr., 61, of Henderson passed from this life on December 4, 2020, in Longview. He was born January 13, 1959, in Orange, Texas, to Delbert Lee Smith Sr., and Margie Gay (Johnson) Smith. He moved to Longview in 1998 and then moved to Henderson in 2008. Del took great pride in being a third generation brick layer and worked for JT Thorpe for over 40 years. He was also a member of The Brick Layers and Allied Craftworkers Union. When he wasn’t working, Del could be found doing one of his many hobbies. He liked to spend time outdoors hunting, fishing and camping. He enjoyed dancing to country and Cajun music, woodworking and photography. Most would say he could do almost anything. He also enjoyed cooking and grilling for others, and he owned almost every kitchen and grilling gadget known to man. Del had a bigger than life personality and loved to joke around with others. He had a boisterous voice and an infectious laugh. He wasn’t afraid to speak his mind. He was tough and headstrong. After having a spinal cord injury a few years ago, he refused to listen to doctors who said he would never walk again. He persevered and not only returned to walking, but he also returned to all of his favorite activities including riding his motorcycle. Del was a good man who loved his family, especially all of his grandchildren. He will be deeply missed by many. Del was preceded in death by his parents, Delbert Lee Smith Sr. and Margie Gay Smith. Survivors include his wife of twelve years, Kimberly Smith; children, Jeremy Smith and wife, Jennifer; Eric Smith and wife, Kate; Justin Roberts; Haley Mills and husband, Steven; brother, David Smith and Gary Grueschow; aunts, Joyce LeBlanc and Chris Evans; Karen Corbett and husband, Michael; grandchildren, Jordan, Jace, Jerin, Jillian, Walker, Colton, Livi, Allie, Maddie, Seth, Joshua, Jadon, Salynda, Zoey, Maleeah, Paige, Brooklyn, and Haven; father-in-law, Robert Williams and wife, Janet; mother-in-law, Joy Hand and husband, Billy; cousins, Tamara, Dwain and Stacey; beloved pet, Peaches; and numerous other family and friends. Funeral services will be held at 2:00 pm on Wednesday, December 9, 2020, at Bar None Cowboy Church with Jason Taylor officiating. A private family committal service will follow at Jarrett Cemetery in Jacksonville under the direction of Crawford-A. Crim Funeral Home. The family will receive friends from 1:00pm until service time on Wednesday, December 9, at Bar None Cowboy Church. Pallbearers will be Colton Smith, Walker Smith, Scott Billingsley, Mickey Mehrens, Scott Williams, and Jordan Boudreaux. Words of comfort may be shared with the family at www.crawfordacrim.com.

The family of Mr. Delbert "Del" Smith Jr. created this Life Tributes page to make it easy to share your memories.