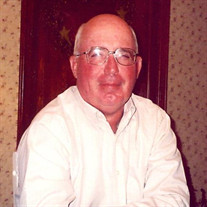 Funeral services for David Mark Johnson of Angleton, Texas, formerly of Laneville, Texas, will be held at 11:00 a.m. Friday, September 14, 2018 in the chapel of Palms Funeral Home in Angleton, with Church of Christ minister Leland Rogers officiating. Pallbearers will be Tom Johnson, Mark Johnson, Steven Johnson, Benjamin Johnson, David Duncan and Cory Duncan. Honorary pallbearer will be Jonathan Duncan. Family will receive friends one hour before the service at the funeral home. Military graveside services and interment will be held Saturday, September 15, 2018 at 4:00 p.m. in the Laneville Cemetery, Laneville, Texas, with Church of Christ minister Leroy Sedgwick officiating under the direction of Crawford-A. Crim Funeral Home of Henderson, Texas. David's body will be avaliable for viewing on Saturday, prior to his graveside service, and family will receive friends from 2:00 to 3:30 p.m. at the funeral home. David Mark Johnson, a kind and gentle man, age 68, of Angleton, Texas, passed from this life Sunday morning, September 9, 2018 at 7:00 a.m. in his home, surrounded by his loving family who are truly going to miss our husband, father, grandfather, brother, brother-in-law, uncle, and friend. David fought a brief, but very courageous battle with a rare cancer. He was born in Houston, Texas on April 13, 1950 and was welcomed by adoption, as the first child into the loving family of Ralph Leo and Annie Lois Johnson of Laneville, Texas. David was a Christian and member of the Angleton Church of Christ. He graduated from Henderson High School in the class of 1968 where he is fondly remembered as good natured, kind to everyone, soft spoken and a fun sense of humor. July 21, 1969, David unselfhishly entered the United States Air Force and completed his basic and technical Military Police training at Lackland Air Force Base, San Antonio, Texas. His first duty assignment was at Tinker Air Force Base in Oklahoma City, Oklahoma. During this period, he spent two tours in South Vietnam where he met and married his wife of forty-six years, Minh, and adopted her small son, Tom. During David's military career, he and his family were privilidged to live in South Carolina, Japan, Hawaii, and Idaho. In addition, he led his team of Security Forces to Panama under Operation Just Cause. After honorably serving his country for 24 years, he officially retired from the Air Force in Mountain Home, Idaho on October 1, 1992. David returned home to Henderson, Texas where he attended Kilgore College Police Academy. Upon graduation, he went to work for the Texas Department of Criminal Justice (TDCJ) as an Officer in the Ramsey 1 Prison Unit in Rosharon. While in the prison system, David made friends with the prison inmates who respected him because of his kindness, fairness, his listening ear, and a genuine concern for their welfare. His practice was that he was not there to torment, belittle or punish another human. It is to his credit that he never once had an incident or problem with anyone under his charge while employed as a guard during his entire career with TDCJ until his retirement in July of 2017. David was preceded in death by his parents, an older brother, Phillip Michael Rainwater and infant twin grandchildren, Haven Charlynn and Landon Drake Downing. He is survived by his wife, Minh Johnson and their three children: son and daughter-in-law Tom Van Johnson and Dawna of Angleton; daughter Tina Marie Johnson Downing-Moreno and Deryck of San Antonio, Texas; and son Mark Allen Johnson of Boerne, Texas. Four grandchildren survive: Ashley Adara Johnson of Bozeman, Montana; Nickolis Thomas Johnson of St. Augustine, Florida; and Christian David and Greyson Edward Downing of San Antonio, Texas. David is survived by his siblings: brother and sister-in-law, Keith Patrick Rainwater and Erin of Lakewood, Colorado; sister and brother-in-law Melissa Johnson Duncan and David of Henderson, Texas; and brother and sister-in-law Steven Lance Johnson and Susan of New Summerfield, Texas. Five nephews and a niece who mourn Uncle David are Cory and Jonathan Duncan, Erinn Johnson Walton, Benjamin Johnson, and Seth and Ethan Johnson. David has two great nephews and six great nieces: Aubrey and Addison Duncan, Laynie, Katie, Micah, Jack and Ben Walton, and Avery Johnson. Two, very special and long time friends who will miss David's presence are Dickey Harris and Roger Blair. David’s family would like to thank his neighbors for taking care of the lawn and pets as well as other deeds, while he was a patient in the San Antonio Military Medical Center, formerly known as Brooks Army Medical Center. Also, our sincere gratitude to his church family, friends and neighbors for the visits, cards, food, and phone calls during his weeks of illness, as well as his outstanding Hospice Care team, Brandi and Tina. In lieu of flowers, it was David's wish that memorial donations may be made to Shriners Childrens Hospital in Houston, 6977 Main Street, Houston, TX 77030. Words of comfort may be shared with the family at www.crawfordacrim.com.

Funeral services for David Mark Johnson of Angleton, Texas, formerly of Laneville, Texas, will be held at 11:00 a.m. Friday, September 14, 2018 in the chapel of Palms Funeral Home in Angleton, with Church of Christ minister Leland Rogers... View Obituary & Service Information

The family of Mr. David Mark Johnson created this Life Tributes page to make it easy to share your memories.