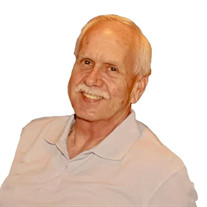 A celebration of the life of Mr. Danny Ray Ryan, 66, of Henderson, will be held at 11:00 a.m. on Friday, August 6, 2021, in the chapel at Crawford-A. Crim Funeral Home with Rev. Patsy Barham and Curt Frisbie officiating. Interment will be held at Santa Anna Cemetery in Santa Anna at 2:00 p.m. on Saturday, August 7, 2021, under the direction of Crawford-A. Crim Funeral Home. The family will receive friends from 5 – 7 p.m. on Thursday, August 5, at the funeral home. Mr. Ryan passed from this life on August 3, 2021, at Hospice Homeplace in Tyler after a courageous battle with cancer. He was born October 19, 1954, in Mansfield, Louisiana to the late Vance and Dorothy (Sims) Ryan. Danny found Jesus at the age of 9 at the same time as one of his good friends in their Sunday School class at Fellowship Baptist Church in Mansfield, Louisiana. Danny would later become a deacon in the Baptist church. Mr. Ryan started school in Mansfield where the first couple of years in elementary school were a struggle. He went on to graduate from Carthage High School in 1974 and joined the U.S. Air Force. Later in 1974, Danny graduated from the Air Force Tech Training program and was an electrician on air craft. He went on to earn his Associates degree from Panola College in 1982 and a BS in Business Computer Science in 1985. During this time, he met Lisa Akin and they were married in 1976 and had Gina and Sean. Danny would later go to work for Texas Utilities until his retirement in December 2015. Along the way he became a medic for Henderson Memorial Hospital. It was around this time that Danny married Patty Bunn Senf and had a new set of children, Jennifer and Zac, to finish the family. Between all of the above, Mr. Ryan decided to go back to school and earned a Master’s degree in Science, a Master’s degree in Business, and had started his PhD. Danny was, by now, a Master Electrician for the state of Texas, and with all that was going on in life, he was terribly excited about his grandchildren and being a grandfather. Mr. Ryan was also a member of St. Matthew’s Episcopal Church in Henderson where he attended church with his wife Patty for several years. In addition to his parents, he was preceded in death by his brother, Jerry Cox. Survivors include his wife of 27 years, Patty Ryan of Henderson; children, Mary Regina Dodge and husband Erick of Carthage, Jennifer Christian and husband Cris of Henderson, Sean Ryan and wife Jessica of Long Branch, and Zac Senf and wife Elice of Austin; sisters, Sharon Sue Ogden of Carthage, and Sandra Hardin and husband Mickey of Gary; grandchildren, Emily, Hannah, Devon, Erin, Braden, Xander, and Stryker; as well as a host of nieces, nephews, other family, and many friends. Pallbearers will be Sean Ryan, Zac Senf, Jacob Bunn, Cris Christian, Tyler Esters, and Jeff Mason. Honorary Pallbearers will be Curt Frisbie, Wayne Adams, Fonza Clark, Lynn Jackson, and William Cooper. Special word of thanks to Angel Care Hospice, especially Leslie King and Robert Fry, also to Hospice of East Texas in Tyler. Words of comfort may be shared with the family at www.crawfordacrim.com.

A celebration of the life of Mr. Danny Ray Ryan, 66, of Henderson, will be held at 11:00 a.m. on Friday, August 6, 2021, in the chapel at Crawford-A. Crim Funeral Home with Rev. Patsy Barham and Curt Frisbie officiating. Interment will be held... View Obituary & Service Information

The family of Mr. Danny Ray Ryan created this Life Tributes page to make it easy to share your memories.