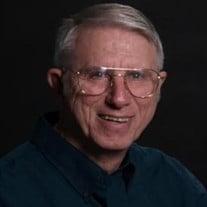 Funeral services for Mr. Dale Purdy, 74, of Tyler well be held at 2:00 p.m. on Thursday, March 18, 2021 in the chapel at Crawford-A. Crim Funeral Home with Bro. Park Robertson and Chaplain, Lt Col Barry Phillips, Ret. officiating. Interment with Military Honors will follow under the direction of Crawford-A. Crim Funeral Home. The family will receive friends from 5-7 p.m. on Tuesday, March 16, 2021 at the funeral home. Due to the current COVID-19 pandemic, masks or face coverings are strongly recommended, however not required, for the health and safety of all those in attendance for a visitation or service. On Friday, March 12th 2021, Norman Dale Purdy, child of God, loving husband and devoted father, passed away at the age of 74. Dale was born on February 25th 1947 in Newport News, Virginia to Oscar Marshall and Eunice Ethel Purdy. After graduating from Tatum High School, he enlisted in the United States Army, February 8th 1966, and served 34 years, 7 months and 23 days. He attended basic training at Fort Polk, Louisiana and advanced individual training as an Aircraft Armament Repairman at the Ordinance Center and School, Aberdeen Proving Ground, Maryland. During this period, his major assignments included 2 tours in Vietnam, 3 tours to Germany, 4 tours at Fort Hood, TX, and a tour to Aberdeen Proving Ground where he was the Commander of Company D. He was appointed as a Warrant Officer in April of 1977. While on active duty, he garnered an Associate’s Degree in Industrial Management and continued his education at Liberty University Lynchburg, Virginia. Awards and Decorations earned: The Legion of Merit, Soldier’s Medal, Bronze Star Medal, Meritorious Service Medal, Air Medal, Commendation Medal, Good Conduct Medal, National Defense Medal, the Vietnam Service Medal, Volunteer Service Medal, the Republic of Vietnam Campaign Medal with 5 service stars. During his military career he surrendered his life to Christ and became an Ambassador for Jesus. He lived by the words, if being a Christian was a crime, would there be enough evidence to convict me? He lived each day by growing in, living by, and sharing the Word. After retiring from the military, Dale settled in Tyler, Texas, where he became an ordained Chaplain and was licensed to exercise God-given gifts, which included officiating weddings, funeral services, baptisms and he was an active Hospice Chaplain affiliated with the International Fellowship of Chaplains. The greatest love of his life was his wife of 53 years, Carrol Purdy. The love they shared extended to an abundance of close friends that they loved like family. Together they had big hearts for single soldiers and military families, and the door to their home was always open. They became honorary parents to so many, whose lives they touched forever. He was preceded in death by his father, Oscar Purdy and wife, Lizzie. His mother, Eunice Purdy. Sister, Mary Virginia Purdy Vann. Dale is survived by his precious family. His adored wife Carrol. Daughter Pamela King and husband Kevin, of Tyler. Daughter Patricia Lewis and husband Larry, of Tyler. Son, David Purdy and fiancé Kathryn, of Overton. Daughter Julia Seals and husband Terell, of Ramstein, Germany. Daughter Angelica Brandt and husband Thomas Johnson, of Longview. In addition, he is survived by 18 grandchildren and 2 great grandchildren. Dale is also survived by his sisters Ellen Woodard and Linda Buchanan, and brothers Robert Purdy and Oscar Charles Purdy. In lieu of flowers our family requests contributions be made to Cadence Ministries at www.Cadence.org/Purdymemorial or by mail at: Cadence International Attn: Purdy Memorial P.O. Box 1268 Englewood CO 80150 and/or the International Fellowship of Chaplains at www.IFOC.org. Donations to IFOC can also be mailed to PO Box 1004, Temple, TX 76503. Pallbearers will be David Purdy, Kevin King, Terell Seals, TJ Brandt, Andrew Lewis, Michael King, Robert Smith, Kai Manning, and Matthew Pearce. Honorary pallbearers will be Larry Lewis, Geoffrey King, Daniel King, Kaysin Brandt, Elliot Norris, Isaiah Seals, Mason Brandt, and Kale Purdy. Words of comfort may be shared with the family at www.crawfordacrim.com.

The family of Mr. Dale Purdy created this Life Tributes page to make it easy to share your memories.