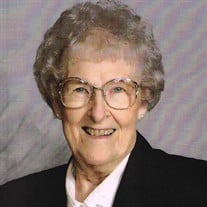 Funeral services for Mrs. Charlcye Christine Taylor, 94, of the Chapman community, will be held at 11:00 a.m. on Monday, July 29, 2019, in the chapel at Crawford-A. Crim Funeral Home with Rev. Paul Clark, Rev. Roy Culley, Rev. Ray Brooks, and Rev. Nathan Smith officiating. Interment will follow at Waldrop Cemetery under the direction of Crawford-A. Crim Funeral Home. The family will receive friends from 10:00 a.m. until service time on Monday at the funeral home. Mrs. Taylor passed away Wednesday, July 24, 2019 at her residence. She was born January 30, 1925, in the Chapman community to the late Joseph Edward "Eddie" and Mary Anne (Annie) Gentry Jones. She accepted Jesus Christ as her personal savior at the age of fourteen. On January 1, 1947 she married Marine James R. Taylor. After their marriage Mrs. Taylor brought her husband to church where he also accepted the Lord Jesus Christ as his personal Savior and together they served the Lord in their community. In 1951 her husband surrendered to the call to preach, and she became a preacher’s wife. They then moved their family to Henderson as a student family at Texas Baptist Institute-Seminary. After their time at TBI, she became a pastor’s wife as she served along side her husband in the following churches over the course of 53 years of his ministry. Aiken Grove Baptist Church in Clarksville; Smyrna Baptist Church near Gould, AR, Calvary Baptist Church in Dumas, AR; Temple Baptist Church in Wichita, KS; Bethel Baptist Church near Tatum, and finally County Line Baptist Church in Timpson, TX where they had a special love for the members and served there for 35 years. Jim and Charlcye were married for 64 years until his death in 2011. Mrs. Taylor was an amazing secretary. She worked at Henderson Daily News for many years as a type setter and proof reader. She then worked as a secretary for 32 years at Texas Baptist Institute before she retired. The last few years of her life here on earth Mrs. Taylor was a loving and faithful member of Bethel Missionary Baptist Church in the Stewart community. Mrs. Taylor was well known for her love of people and her hospitality. She frequently enjoyed visitors in her home throughout her life. Known as Mema by her grandchildren and great grandchildren, everyone knew where to go for a good home cooked meal, a game of Texas 42, or just to talk about life. Mrs. Taylor was truly a blessing to all who knew her. In addition to her parents, she was welcomed into Heaven by her husband, James R. Taylor; and brothers, Trenton Jones, Joe Ed Jones, and TC Jones. Remaining loved ones here on earth include: daughters, Connie Peveler and husband Tom of Henderson, Janie Clark and husband Paul of Hillsboro, Patricia Appelbee and husband Steve of Madison, MS; grandchildren, Darby Warren and wife Suzanne, Christi Parker and husband Jason, Susie Littleton and husband Michael, Stacie Maness and husband Scott, Jason Clark and wife Angie, Sarah Bachman and husband Justin, Jill Layne and husband Allen, Justin Appelbee and wife Lauren; 27 great grandchildren; 2 step-great grandchildren; 2 step-great great grandchildren, many extended family and beloved friends whom she hopes to meet again one day in Glory. Pallbearers will be Darby Warren, Jason Parker, Michael Littleton, Jason Clark, Justin Bachman, and Justin Appelbee. The family would like to thank the AssistCare visiting nurses and aids of Henderson for their many years of loving care and Hospice of East Texas for their compassionate and loving care of our mother and comforting support of the family the last few months. Words of comfort may be shared with the family at www.crawfordacrim.com.

The family of Mrs. Charlcye Christine Taylor created this Life Tributes page to make it easy to share your memories.

Funeral services for Mrs. Charlcye Christine Taylor, 94, of the...