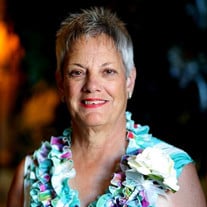 A celebration of the life of Mrs. Brenda Allen, 71, of Henderson, will be held at 2 PM on Friday September 22, 2017, in the chapel at Crawford-A. Crim Funeral Home with Rev. Allen Reed officiating under the direction of Crawford-A. Crim Funeral Home. Mrs. Allen passed away September 14, 2017, at her residence. She was born May 31, 1946, in Pittsburg, TX to the late Royce Alton and Ruby Acker Martin. Brenda was a graduate of Pittsburg High School, class of 1964, and then attended Baylor University where she graduated in 1968. She met her husband, Ted Allen, in Floydada, Texas, and they were married in 1970. She was the ultimate coach's wife celebrating the wins more than anyone and taking the losses harder than most. Mrs. Allen has resided in Henderson for the last 33 years, and she gave 25 years of service in Henderson ISD as a Physical Education teacher at Northside Elementary. She was named Texas High School Coaches Wives Association 'Woman of the Year 2003' which acknowledged her efforts and dedication to the association. In addition to being a devoted coach's wife, mother, and teacher, Mrs. Allen was a loving and doting "Mimi" to her 4 granddaughters. Brenda's favorite pastime was playing golf anytime, anywhere with Ted, and she was a member of First Baptist Church, Henderson. She was preceded in death by her husband Ted L. Allen; parents, Royce and Ruby Martin; and brother, Rix Martin. Survivors include: children, Kasey Loughry and husband Sam of Dallas, Reagan Allen and wife Lauren of Dallas; brother, Royce Martin and wife Patty of Carrollton; grandchildren, Sophie, Annabelle, and Georgia Loughry, and Palmer Allen, all of Dallas: sisters-in-law, Janet Martin of Atlantic Beach, Florida and Betty Allen Jones and husband Greg of Lubbock; and brother-in-law, Jerry Allen of Arlington. Pallbearers will be Brian Miller, Justin Kniffen, Jarrod Ferguson, Justin Scarborough, Tim Story, and Matt Ellis. The family requests any memorials be made to Texas High School Coaches Wives Association scholarship fund at THSCWA, 1906 Campfire Lane, Lewisville, TX 75067. Words of comfort may be shared with the family at www.crawfordacrim.com.

The family of Mrs. Brenda Allen created this Life Tributes page to make it easy to share your memories.

A celebration of the life of Mrs. Brenda Allen, 71, of Henderson,...