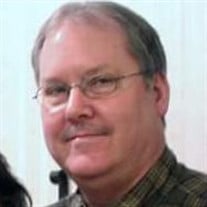 A celebration of the life of Mr. Bill Kugle, 61, of Henderson, will be held at 11 A.M. on Friday, April 14, 2017, at Trinity Baptist Church in Lakeport with Dr. Gary May officiating under the direction of Crawford-A. Crim Funeral Home. The family will receive friends from 5-7 pm on Thursday, April 13, at the funeral home. Bill was born to the late Ginger and William Herrell Kugle, II on January 6, 1956. He graduated from Athens High School in 1974, and the University of Texas at Austin in 1978. During his years in high school and at the University of Texas, he developed lifelong relationships with some of the best friends anyone could ask for. Bill often recalled stories of his days at UT as “some of the best of his life”. Bill became known as the best drill site run sheet landman in the area throughout a 20+ year career. As a testament to who he was, Bill also developed many lifelong friendships with those in the field. During his land man career, Bill also met the love of his life, Joyce. They spent 13 loving years together. Bill’s love and commitment to his family and friends was unsurpassed. Bill was known for his kind, gentle, and thoughtful approach to all things in life. His quick-witted humor always brought a laugh to a room. He was passionate, above all else, about UT football. Whether in the stands or in front of the TV, Bill was their biggest fan every weekend. Bill also enjoyed watching his grandsons and granddaughter grow. Bill was a lifetime member of the Texas Exes, a member of the American Association of Petroleum Landman, and attended Trinity Baptist Church in Lakeport. Survivors include: wife, Joyce Kugle of Henderson; daughters, Katherine Kugle of Dallas, and Stormi Teal and husband Jacob of Athens; step-daughters, Jennifer Hollis and husband Carson of Henderson, and Jessica Wescott and husband Geoff of Carrollton; sisters, Cherry Kugle and Candy Kugle; grandchildren, Parker Teal, Peyton Teal, and Sawyer Hollis; nephew, Jackson Yarbrough; and a host of other family and friends. Honorary pallbearers will be Mark Gilbert, Tim Maxfield, Ken Scott, Joe Rich, Don Foster, C.J. Fairchild, and Milton Adams. Words of comfort may be shared with the family at www.crawfordacrim.com.

A celebration of the life of Mr. Bill Kugle, 61, of Henderson, will be held at 11 A.M. on Friday, April 14, 2017, at Trinity Baptist Church in Lakeport with Dr. Gary May officiating under the direction of Crawford-A. Crim Funeral Home. The... View Obituary & Service Information

The family of Mr. Bill Kugle created this Life Tributes page to make it easy to share your memories.